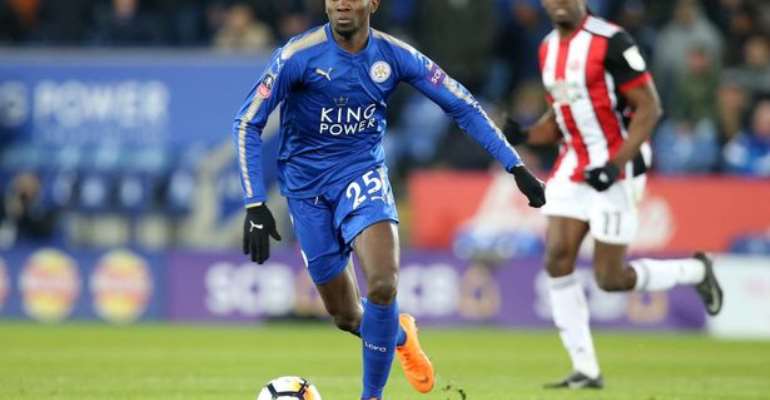 The Nigeria international, piece by piece, is putting together the foundations of a fantastic season and his display against Newcastle United on Sunday suggests this might be the 22-year-old’s best campaign ever. But can the former Genk star lay claim to being the best midfield general Africa can boast of at the moment?

And with good reasons too. Keita plays for the European champions. Gueye recently joined the champions of France. Bennacer is at one of Italy’s traditional big teams. And Partey stars for Spanish giants Atleti.

Playing fairly regularly for some of Europe’s biggest clubs has rubbed pretty well on them. But which of these stars is indeed better than Ndidi?

The Algeria midfielder has since moved to AC Milan but has not yet hit the same heights as in Egypt or even in his time with Empoli.

No goals, no assists and two yellow cards already after just three starts in the new season reveal a lad still trying to find his feet in a new environment.

Bennacer has the weapons in his armoury to be Africa’s best midfielder but he is just not there yet.

Rating: 6.38
Jean Michael Seri, Galatasaray
Seri has been around for so long that it’s almost shocking that he’s just 28 years old. The former Nice enforcer did not have it so good with Fulham last term as his best efforts could not help the Londoners avoid the drop from the Premier League.

A switch to Turkish champions Galatasaray appears to have however blown a fresh vitality and form in the direction of the Ivorian.

Seri has featured in 3 league games for Gala since joining in July finding the back of the net once but he would have appeared in more games if not for the red card he picked up in just his second game of the season.

While his passing has improved, Seri’s defensive numbers are not among the best in the industry and it’s no surprise that his ratings are equally average.

Rating: 6.62
Thomas Partey, Atletico Madrid
The Ghanaian is an amazing physical beast and to combine that attribute with such amount of technical ability makes Thomas a force to behold when in full flow.

At just 26, Partey is already a master of his beat on the pitch and always seem to effortlessly dominate opponents that come against him.

However, Thomas Partey is not even the best player in his role in Diego Simeone’s squad and, having managed just 0.3 average shots per game while making a meagre 1.2 interceptions per match so far, will need some stepping up to do to be considered the best at the Wanda Metropolitano.

Only then can he seriously begin to lay any claim to being the best from the black continent.

Rating: 7.01
Idrissa Gueye, PSG
One player who is turning back the hand of time is one of the newest signings for the French champions.

Once nearly forgotten in Everton, the Senegalese has been thrown back into the limelight after joining the big boys of Neymar, Cavani and Mbappe. His tenacity and tackling ability were never in doubt but he seemed to have taken it a notch higher since moving to the Ligue 1.

Making three times more tackles than the superb Partey is no mean feat but securing a higher rating over the same period speaks volume of how good Gueye is getting with age.

Ratings: 7.42
Wilfred Ndidi, Leicester City
Playing for a team with limited attacking abilities was always going to place Ndidi at a disadvantage compared to his other colleagues on this list but he has shown brightly despite.

At this stage of the season, none of the fine players mentioned earlier has come close to what the Nigerian midfield general has produced on a consistent basis so far this season.

He has outshone his co-competitors on nearly every level from aerial duels won to the number of interceptions made.

Strong in the tackle, and decent with his passing, the Super Eagles star is starting to add goals to his game making him one of the few players on planet earth with no significant weakness.

Two goals in six appearances while not dropping any of his defensive stats reveal a player beginning to tap into more of his silent innate abilities. Only just 22, it’s scary what kind of a player this youngster can develop into if he maintains this trajectory.

Ndidi may have earned the man-of-the-match award after scoring in the Foxes’ 5-0 demolition of Newcastle but his incredible stats had crowned him the best performing African centre midfielder in the world long before that game. And stats don’t lie.

Rating: 7.57
*All ratings provided by whoscored.com

Gov't sets up committee to ensure vaccine development in Gha...
29 minutes ago