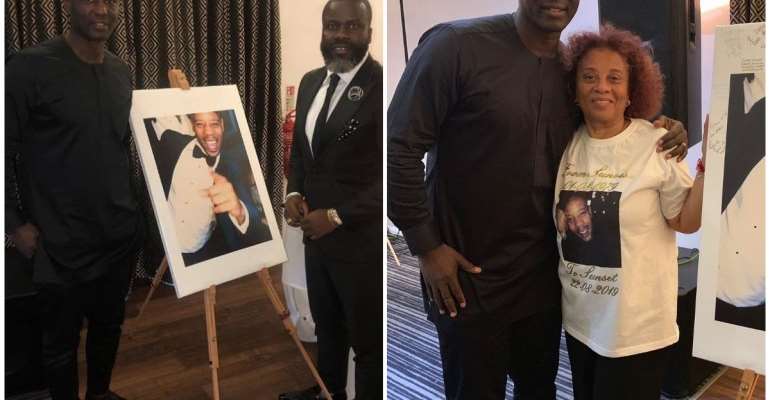 The government of Ghana and the Ghana Football Association have donated a huge sum of money to the family of the late Manuel Junior Agogo.

Junior Agogo, the ex-Ghanaian international footballer died after a long battle with stroke.

During his funeral in London, the FA was heavily represented, as well some government officials.

Deputy Sports Minister Perry Okudzeto led a Ghanaian delegation to the funeral of late Ghanaian striker Manuel ‘Junior’ Agogo in the United Kingdom over the weekend.

The Deputy Minister on behalf of the Sports Ministry donated £5000 to the family while the GFA also donated $5000.

Manuel Junior Agogo was cremated (burnt into ashes) on Friday, September 20, 2019, in London.

Agogo was hospitalized in 2015 after suffering stroke which debilitated him.

In April 2019, the striker revealed that he can no longer write with his right hand after suffering a stroke over four years ago.