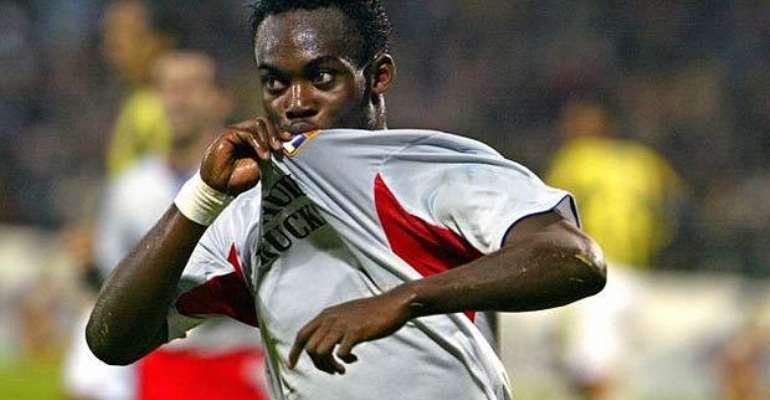 Ghana international, Michael Essien has expressed his satisfaction of being the only Ghanaian player to be named French Footballer of the year.

After joining Lyon from Bastia for a fee of €7.8 million, the box to box midfielder put up a scintillating performance which led to club to win their third consecutive league title by defeating Lille 3–0 at the Stade Gerland.

Essien’s dynamic performance also saw Lyon reaching the quarter-finals of the UEFA Champions League where they were eliminated by PSV in his final season with the club.

His performances in the French Ligue 1 resulted in him being voted the 2005 Player of the Year by France's National Union of Professional Footballers (UNFP).

Speaking to EA Sports after being the second African player to join the Ultimate Team Icon, he said, “When Lyon came, I just said yes straight away.

“In 2005, I won the player of the year award and I am the only Ghanaian player to have won that award so it is very special,” he added.

Essien made 96 appearances for Lyon and scored 13 goals during his two-season stay at the club.

In the 2005/06 campaign, the former Liberty Professionals star joined Chelsea from Lyon.