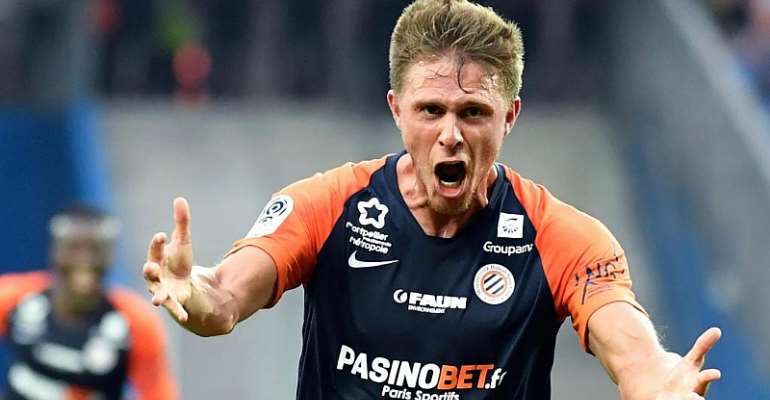 "I wasn't really looking for power," said Souquet of his strike. "But once I'd hit it, I thought that it could go all the way. I'm obviously pleased to have scored and really happy it helped the team to win."

The goal just before half-time came a few minutes after the hosts had squandered a penalty.

Joachim Andersen tripped Andy Delort in the Lyon penalty area but the Algeria international rammed his spot kick against the post.

Chances
Montpellier failed to capitalise on the counterattacks as Lyon - who were reduced to 10 men following the expulsion after 51 minutes of Youssouf Koné - pressed for an equaliser in the second-half.

"We were well worth the win," said Montpellier boss Michel der Zakarian. "We were good going forward and defended well even if Lyon had three good chances.

Lyon went into the clash at the Stade de la Mosson as the form team having beaten Monaco 3-0 and thrashed Angers 6-0.

Montpellier had only one point following an opening game defeat at home to Rennes and a draw at Bordeaux.

"We needed a bit more composure to exploit the openings in the second-half," added der Zakarian. "But the whole team was better than in the two previous games."