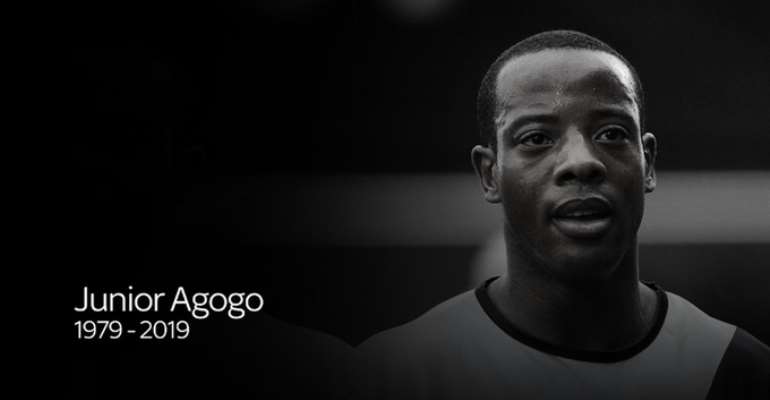 CAF have expressed condolences on the passing of former Ghana forward Manuel ‘Junior’ Agogo who passed away on Thursday.

Agogo died on 22 August 2019 in London after a long illness.

The 40-year-old was the poster boy of the Ghana team during the 2008 Africa Cup of Nations hosted in the West African country.

His late winner in the 2-1 win against rivals Nigeria made him a favourite of the fans as the Black Stars won bronze on home soil.

His exploits after the tournament landed a deal with Egyptian giants Zamalek, where he remains a cult figure among the fans.

He spent the greater part of his career in England with spells notably at Sheffield Wednesday, Oldham Athletic, Chesterfield, Lincoln City, Queens Park Rangers, Nottingham Forest among others.

‘Junior’ as he was fondly called also had spells in the United States of America donning the colours of Colorado Rapids, Chicago Fire and San Jose earthquakes as well as stints with Cyprus and Scotland.