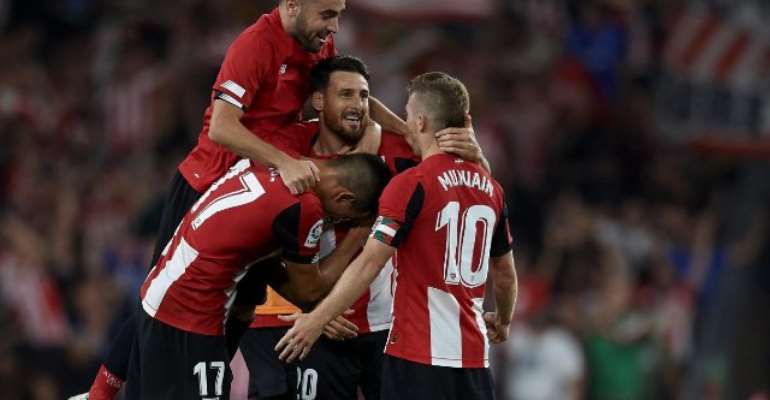 Champions Barcelona suffered a defeat on the opening day of the La Liga season after a sublime winner by Aritz Aduriz handed Athletic Bilbao victory.

Barca produced a lacklustre performance and were punished when substitute Aduriz, 38, found the net with a stunning 89th minute scissor-kick.

Luis Suarez and Rafinha both hit the woodwork for Barca but the visitors struggled to impress despite fielding new £107m signing Antoine Griezmann.

Suarez was forced off with an injury.
With Lionel Messi missing with a calf injury and Philippe Coutinho not involved amid reports he is set to join Bayern Munich on loan, Barca suffered a further blow as Suarez hobbled off before half-time.

Former Spain forward Aduriz has already announced he is retiring at the end of the season after a career spanning 20 years.

He threw himself into the air and acrobatically volleyed past Marc-Andre ter Stegen to earn Athletic Bilbao a first league win over Barcelona since 2013.