Playing Alongside Lionel Messi Was Worth - KP Boateng 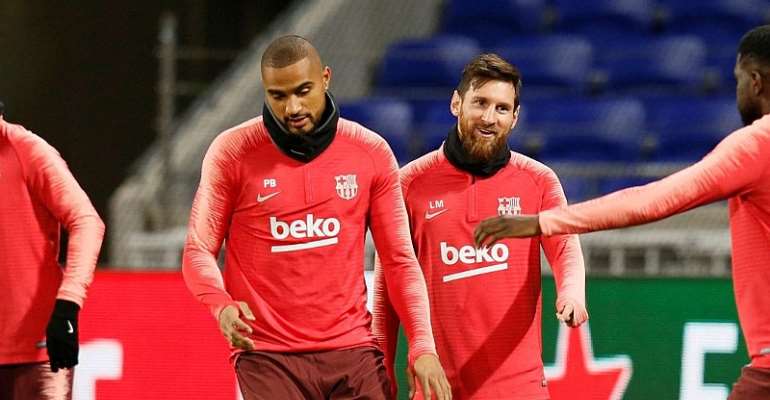 Ghana forward, Kevin Prince Boateng has expressed his satisfaction after playing for Barcelona insisting playing alongside Lionel Messi was worthy.

Boateng, 32, joined the Spanish side on loan from Sassuolo on loan in the second half of last season.

The former AC Milan and Borussia Dortmund forward had an option to stay at the Nou Camp but the La Liga champions failed to make the deal permanent at the end of the season.

Despite playing four matches during his stay at the club, Boateng says he is elated with his short time at Barcelona.

“It was a lovely experience in Barcelona, working with the best in the world, but it wasn’t very satisfying.

"At my age, it was worth it, as at least I can say that I played at Camp Nou alongside Lionel Messi," he added.

The German-born forward joined Fiorentina on a two year deal from Sassuolo.