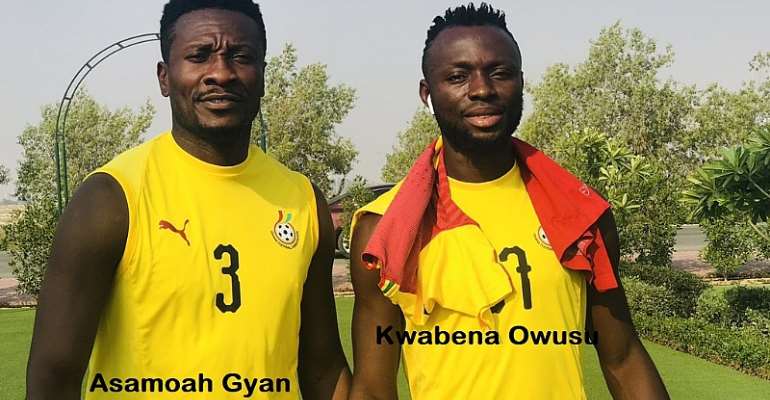 Black Stars striker, Kwabena Owusu has rubbished reports that some of the playing body were sleeping with women in camp at the just ended 2019 Africa Cup of Nations (AFCON) in Egypt.

According to the reports that emerged from the camp of the team, some of the player's girlfriends lodged in the same hotel they camped and cunningly sneaked to have sex, a practice some believe accounted for their poor performance at the tournament.

However speaking on the Starr FM’s Extra Time Show, the CD Laganes insists nothing of that sort happened in the team’s camp during the tournament.

“I am surprised this report came out, people just say things without any proof. I tell you nothing of that sort happened in Camp. We had a very tight security at our hotel so you can’t even sneak girls inside.

“Even before we left for Egypt, the authorities advised us on things like that so none of us went against their advice,” Owusu revealed on the show.