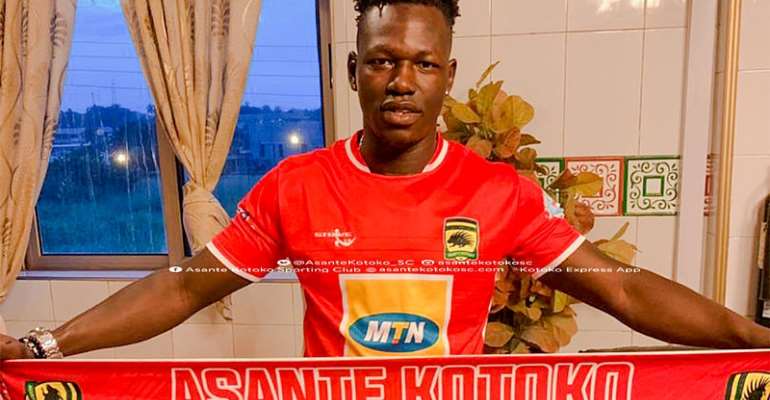 New Kumasi Asante Kotoko attacker, Richard Arthur has shared his excitement after completing his dream move to the Ghana Premier League side.

Formerly of Wa All Stars before moving out of the country, Richard Arthur recently ended his spell with Ethiopian Giant Saint Georges FC before opting to commit his future to the Porcupine Warriors.

A communique from the Kumasi based club on Monday, July 8, 2019, confirmed that the player has signed a three-year deal after passing a mandatory medical earlier on the day.

Following a successful transfer, the player has taken to his official Twitter handle to share how excited he is to have joined the Kumasi based side. According to him, he cannot wait to set off his campaign with the side in the upcoming season.