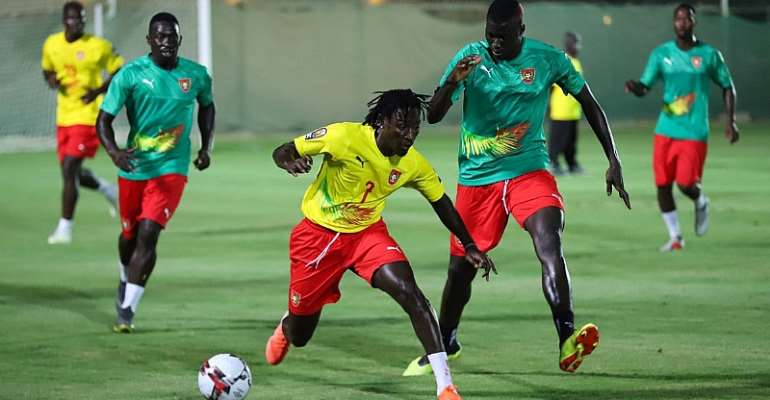 Guinea Bissau on Monday evening held their final training session ahead of their crucial encounter against the Black Stars of Ghana on Tuesday, July 2, 2019, at the Suez Stadium.

The two teams face off in a ‘win or go home’ fixture in Suez in the final match of Group F as the group phase gradually comes to an end.

Guinea Bissau holds a poor record in Egypt where they have only managed to pick up a single point from the two matches they have played. They lost their first match against defending champions Cameroon before going on to draw goalless with Benin.

Now bottom of the group F table, they need to win their final match of the tournament tomorrow or say goodbye to any aspiration they had before coming into the tournament.

The match promises to be a tough for either side especially when the Black Stars also need the 3 points to secure their qualification into the round of 16.

Below are some shots from Guinea Bissau’s final training session as they look forward to the Ghana clash.

The match will be played tomorrow at 16:00GMT.