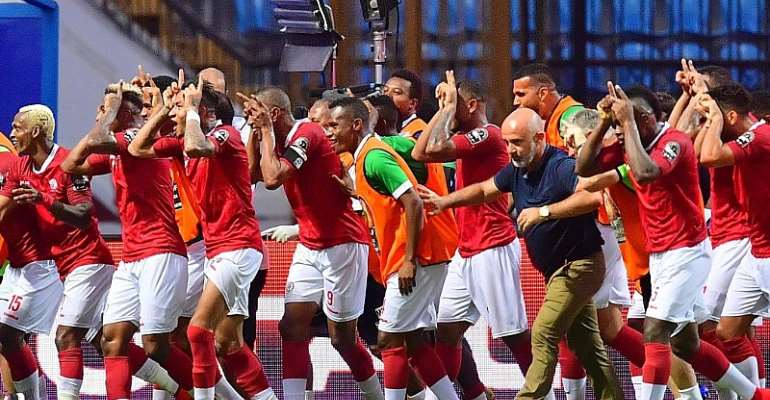 The Barea of Madagascar has stunned the Super Eagles of Nigeria with a 2-0 victory over in Alexandria to book their qualification to the knockout stage of the 2019 Africa Cup of Nations (AFCON) tournament.

The debutants who had been touted as underdogs even before the start of the tournament defied all odds to brush aside the formal champions in an exciting match at the Alexandria Stadium on Sunday afternoon.

A goal in each half was enough to help Madagascar make history as far as the continental showpiece is concerned.

After playing at an equal level with Nigeria in the early parts of the first half, the Barea’s upped their game and found a way past their opponent on the 13th minute. Attacker Lalaina Nomenjanahary took advantage of a defensive blunder from Leon Balogun and went round Nigerian goalkeeper Daniel Akpeyi before slotting his shot into the back of an empty net.

Madagascar grew in confidence as the match progressed and made their dominance count again in the second half when they scored their second goal. Pacey winger Carolus Andriamahitsinoro saw his free-kick deflect into the back of the net on the 73rd minute.

From there on the victors defended very well on top of some good inter-passing play to deny Nigeria the opportunity of threatening their goal area. The match eventually ended with Madagascar winning with the two-goal cushion.

They finish top of Group B after amassing 7 points ahead of the Super Eagles who come in second with 6 points. Both teams have progressed into the round of 16 and could be joined by Guinea who finished third and with 4 points.