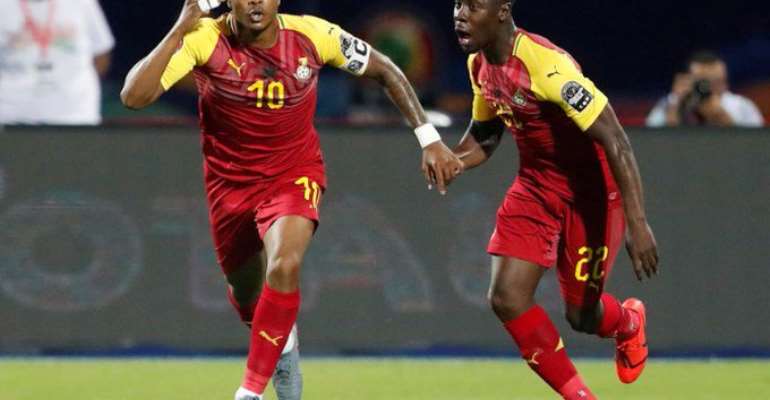 André Ayew became Ghana's all-time top scorer at the Africa Cup of Nations following his strike in the side’s 2-2 draw with Benin in the opening game of the 2019 edition in Egypt on Tuesday.

Prior to the continental football showpiece at the Ismailia Stadium, the Black Stars skipper was tied with Asamoah Gyan on eight goals apiece.

However, the 29-year-old steered clear away from the Kayserispor striker after drawing Ghana level with a low drive in the 9th minute in the victory over the Squirrels.

Ghana went ahead to draw the match 2-2 with their West Africa counterparts after playing a large part of the second half with ten men courtesy John Boye’s 65th minute sending off.