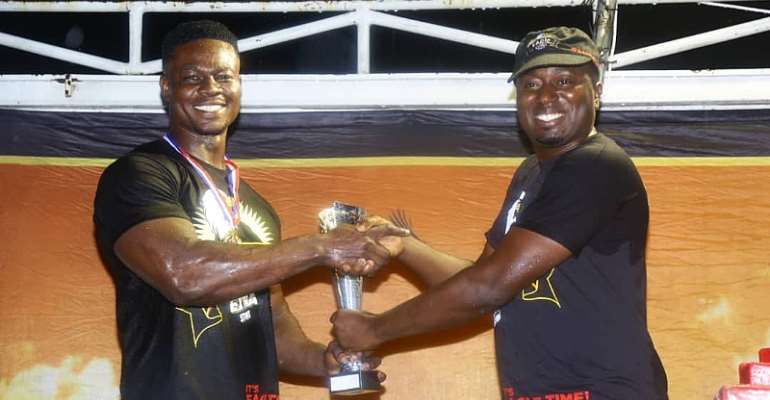 The highly-anticipated event went down in the Ashanti regional capital and it received massive participation from the locals including Saouod Omar who was born and raised in Ghana but with European descent, but Asoka proved why he is regarded as one of the few national assets.

Following a pulsating encounter from new entrants Saouod and others, he retained his belt in the heavyweight division before picking the overall title of the night.

He won the Men's 91-105Kg, paving way for him to face old rival Bosiako Antwi aka MACCA who was seeking a revenge following a defeat he suffered in the past.

However, despite doubts about Asoka's potentials against his old foe, he won the day in two rounds, resisting any attempts to succumb to the bulwark defence posed by the heavily-built MACCA once again to the admiration of the on looking spectators.

Ghana Armwrestling Federation (GAF) president Charles Osei-Asibey encouraged the youth in the region to partake in the fast growing sport since he believes it could take them to places they never dreamt of in the future.

"Just like football, Armwrestling has a national team in the country and they will represent us later this year at the Africa edition so the youth must take it serious," he said.

"It is an opportunity to also make a living and name for yourself. This can take you to higher places that you probably didn't even had in mind one day," he added.

The Africa Armwrestling challenge is expected to take place in Mali laterthis year before the world's edition holds in Poland.