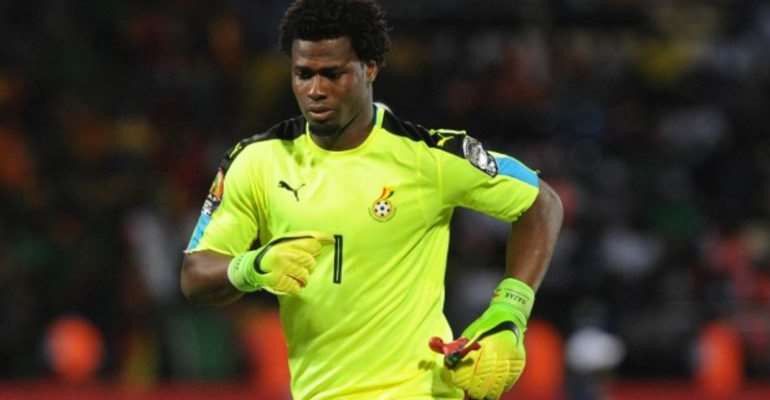 Ghanaian goalkeeper, Razak Brimah has wished the Black Stars the best of luck ahead of the 2019 Africa Cup of Nations in Egypt.

Ghana left the camping base in UAE to Egypt on Friday morning for the tournament where they have been paired alongside Cameroon, Guinea Bissau and Benin in Group F.

The Black Stars have been training in the United Emirates for almost three weeks and played two pre-AFCON friendlies against Namibia and South Africa.

As part of their preparation for the tournament, Ghana lost to Namibia and drew with South Africa.

The Black Stars will be based in Ismailli, where they will play two of their group games before moving to Suez for another game.

Ghana will be hoping to win the ultimate after 37 years.