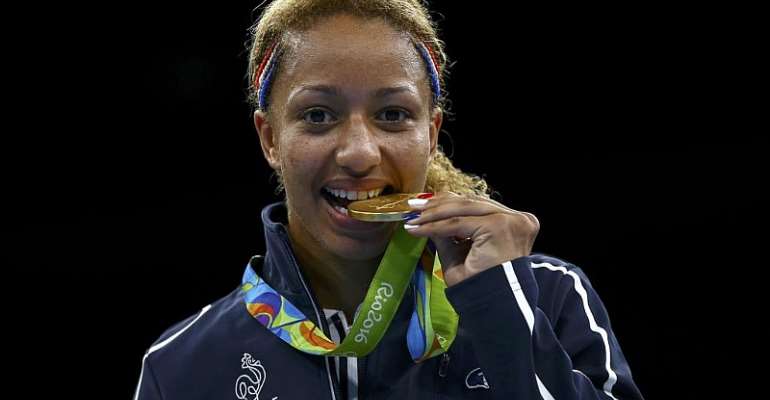 "It really makes me happy because I felt really good compared to other previous fights," she told French sports channel L'Equipe.

"But it's only the first step, the first belt. There are many others after that, big titles I'll need to go after. I'm working hard with my team, so it's a good start."

Mossely, 26 years old, only turned professional in 2018, and Friday was her fifth victory out of five fights.

Wildheart, also 26, saw her first defeat after five victories in a row, two of them at the last minute.

In August 2016, Mossely became the first female champion French boxer in history after a fight against the Chinese opponent Junhua Yin.0

Mossely's husband Tony Yoka, also a champion boxer, won gold in the heavyweight division for France at the Rio Games a few days after Mossely's victory.

His first match after a year's suspension over doping, will be on the 13 July in Antibes, against a fighter who has not yet been announced.