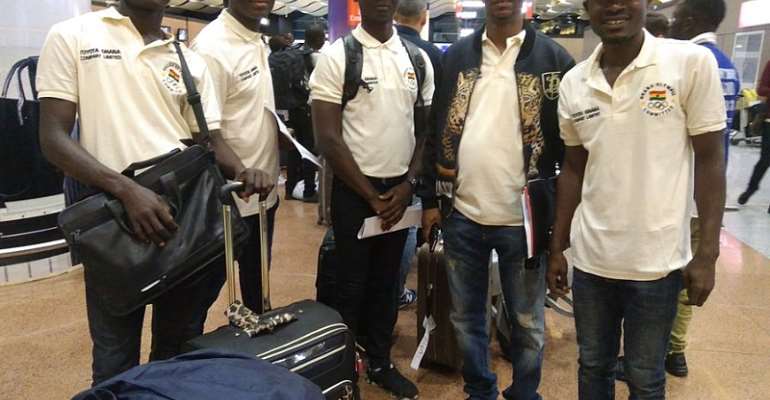 The first batch of officials and sportsmen representing Ghana for the first African Beach Games have landed in Cape Verde, the host nation.

Ghana is led by Lawyer Stephen Asante Bekoe, President of the Ghana Rowing and Canoeing Federation.

Edmund Asante Amoako will represent Ghana in karate-do kata and Joel Asare will do the freestyle football.

Kelvin Carboo and Samuel Essilfie will play beach volleyball under the instructions of coach Moro Mumuni.

Other officials in the team are Abdul Majeed Bawa representing the National Sports Authority (NSA) and Michael Okuley of GBC as Press Atache.

The second batch made up of the beach volleyball players will leave on Friday.

Members of Team Ghana assured that they are going to do their best to lift the flag and image of Ghana.

Their trip was made possible through the efforts of the Ghana Olympic Committee (GOC) President, Ben Nunoo Mensah, Toyota Ghana, Ghana Gas and Ashfoam who supplied funds for the airline tickets.

The first African Beach Games start from June 14 to June 23 in Sal, one of the beautiful islands in Cape Verde.