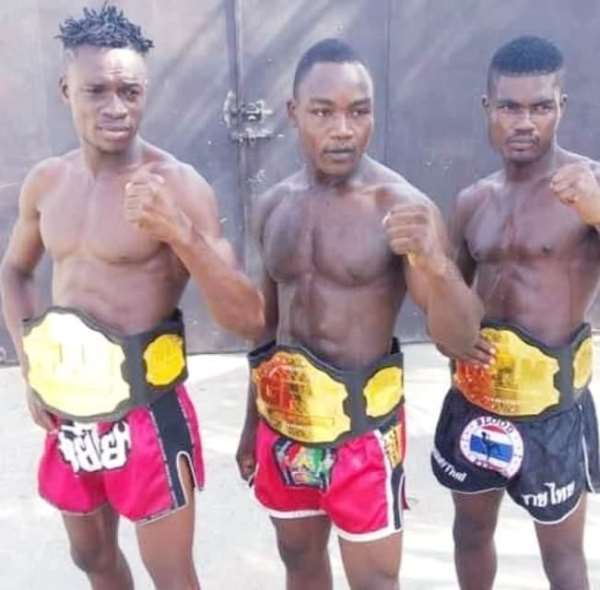 Ghana’s premier Muay Thai Kick Boxing Club, the Pro Fighting Factory (PFF) has commended the National Sports Authority (NSA), the Ghana Olympic Committee (GOC), the Ghana Kick Boxing Association and all media as well as fight fans who supported them to organize the first ever international Muay Thai Championship in Accra, Ghana as part of the Ghana Independence Celebrations.

Natacha De Almeida, the popular Swiss Muay Thai champion who won the WBC super bantamweight title after defeating Dolphina Walter Tony from Malaysia at the Bukom Boxing Arena was the star of the night.

The Swiss national who has adopted Ghana as her fighting nation thanked all Ghanaians who were behind her as she fought and won.

She said the country is a wonderful nation with beautiful people and splendid natural resources.

She praised her Ghanaian coach/trainer, Lawrence Nyanyo Nmai, the world kickboxing champion and WBC Mauy Thai representative for his hard work and ensuring the Muay Thai is popular in Africa and the entire PFF team.

Lawrence Nyanyo Nmai revealed that they will defend the title in USA, Thailand, Italy Holland or Switzerland.

16-year-old Eranda Ireni aka The Wonder Girl also from Switzerland proved her worth by beating her Ghanaian opponent who was for the first time.

Stephen Abbey (Ghana) could not fight as his opponent from Tanzania could not turn up for their boxing match with the WBA Pan Africa Title at stake.

Vice President of PFF, Sammy Heywood Okine expressed excitement for the event and hoped that corporate Ghana will support Muay Thai. He also thanked Nat Attoh, the ring announcer and all the officials.

Hadj Bettahar, WBC Muay Thai Africa Chairman who supervised the championship commended the Pro Fighting Factory for their great show. He said Ghana has the potential to be a Muay Thai destination and promised to support Ghana.

He stressed that Muay Thai is the fastest growing sports in the world and Ghana has potential champions.