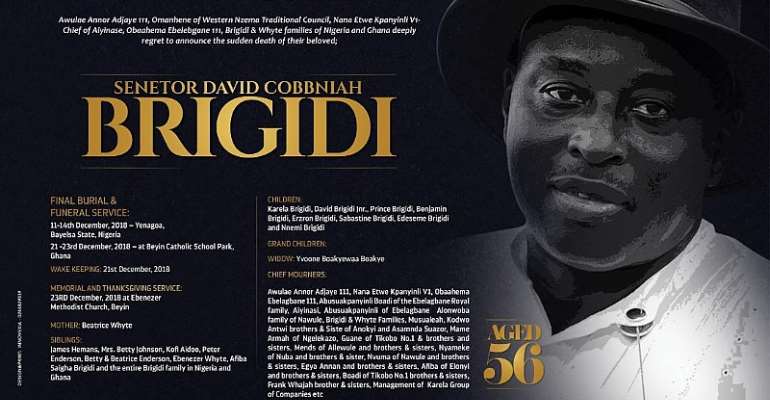 The Chief Executive Officer of Karela United FC, David Cobbina Siagha Brigidi, who passed away about a month ago, will be laid to rest next month in Bayelsa State, Nigeria.

The final burial and funeral service is set for 11th to 14th December 2018.

He died in London where he was battling an ailment.

A funeral service will also be held in Ghana and at his residence in Beyin in the Nzema land of the Western region between 21st and 23rd December 2018.

Multitudes of former players and current players along with football fans will throng to the Beyin to pay their last respects of a testimony of his good character.