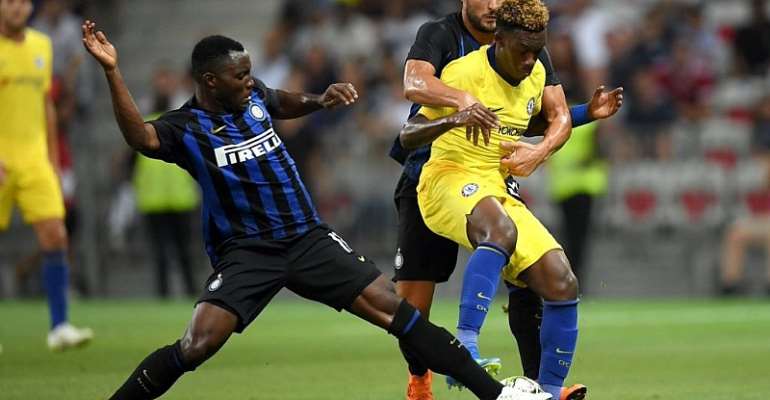 The Ghana International joined Inter Milan on a three-year deal after six years in Turin with Juventus, where he won the Scudetto title in each of the seasons at the club.

His move to Inter has been widely praised as a good move for the player, who lacked some play time during his time at Juventus.

However, his manager during his playing days at Udinese, Francesco Guidolin believes Inter Milan made the best of acquisitions and believes the Nerazzurri will give competition to the Italian champions in the upcoming season.

"Who can challenge Juventus? Inter, with the kind of team Spalletti, has,' he said.

'Inter started from an excellent level and improved with de Vrij and Nainggolan. Plus he took a player that I would like anywhere, which is Asamoah, who I trained in Udine,' he added.

'With me, he played half-moon and covered the incursions of Armero, the left outer that did not return.'

'Asamoah can do everything, is an important purchase. "

Kwadwo Asamoah has been very impressive in preseason and looks to be the key man for manager Luciano Spalletti in the upcoming season.