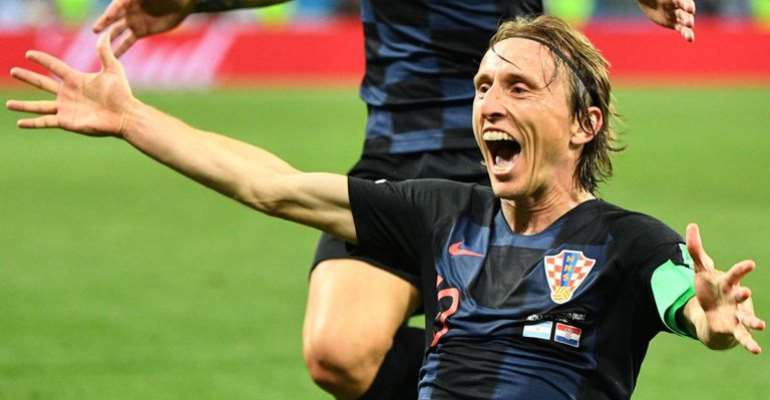 Iceland are eyeing the "biggest success" in their history as they look to make the last 16 of the World Cup against Croatia on Tuesday.

The Icelanders must beat Croatia - who are already through to the knockout rounds - in their final group game to give themselves the chance of qualification and currently have a better goal difference than Argentina.

Coach Heimir Hallgrimsson says a spot in the last 16 would be a big achievement for the national team, and described how impressed he has been with their Group D opponents.

"For nations like Argentina, Portugal, Germany, it would be a shock not to qualify, for the final 16. If we managed to qualify for the final 16 it would probably be the biggest success in the short Icelandic football history," he said.

"They've done amazingly in the first two games. The players are enjoying to play under the coach [Zlatko Dalic] and I think we have to give them a lot of credit for the way they started this competition. They deserve to go all the way if they keep on playing this way."

For Croatia, they will need just a point to top the group, but coach Zlatko Dalic says his side will be targeting a victory.

Team news
Iceland centre-back Ragnar Sigurdsson is a doubt after being forced off against Nigeria with a head injury while Johann Berg Gudmundsson will also be assessed.

Ivan Rakitic, Ante Rabic, Sime Vrsaljko, Mario Mandzukic, Marcelo Brozovic and Vedran Corluka are all one booking away from a ban, and are therefore unlikely to play for Croatia.

Take NPP’s money but don’t vote for them – Naana Jane to Asi...
48 minutes ago