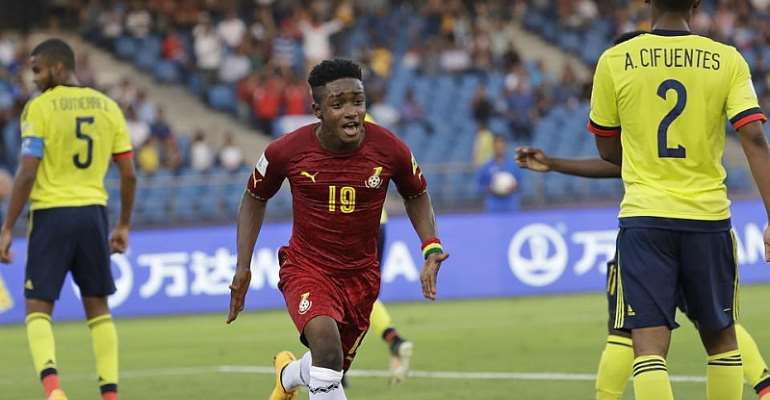 Head coach of the Black Starlets, Paa Kwesi Fabin believes the absence of Sadiq Ibrahim from his squad ahead of their round 16 clash against Niger will not affect his side.

The skilful midfielder winger has been suspended for the clash that will be staged in Mumbai on Wednesday after accumulating two yellow cards in the competition so far.

Sadiq has been very instrumental in the team scoring the only goal against Columbia with two assists to his credit.

“Sadiq’s absence would not bring any problems for the team, we have a worthy substitute who can come in and deliver and I always say how a good a team is depending on your bench.” He told the press.

“If you look at our last match I made four changes but they all did well,” he added.

The Black Starlets will take on Niger at the DY Patil Stadium, Navi Mumbai on Wednesday at 11:30 AM.