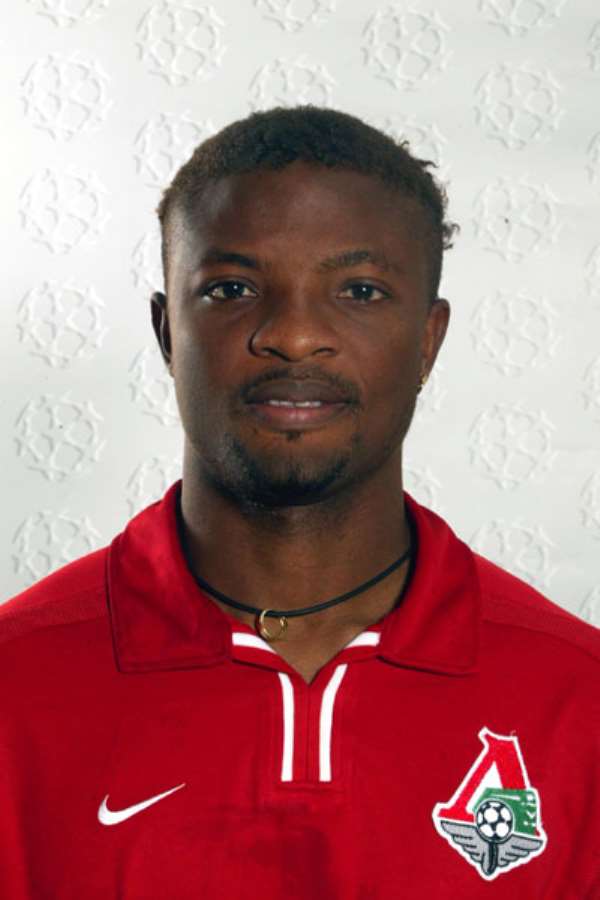 I decided to do an investigation on B.Stars players called up in Russia and these are the results. The Russian League is 9 weeks old. The 10th week would be this weekend. Baba Adamu Armando plays at current league leaders Moskva. Recently there were great reviews about him in the Ghanaian Media talking about his goal scoring prowess in the Russian League. My investigation shows that it is totally false and only PR. As at the 8th week of the Russian League he hadn't scored any goal (Proof) I decided to give him the benefit of the doubt and i checked his playing time. As at the 8th round he had only started a game, Week 3 entered in the 78 min and week 4 entered in the 65th minute, week 5 entered in the 70th minute., week 6 entered in 78th minute, started and was substituted in the 82nd minute (Proof) Verdict: It isn't true that Baba Armando is one of the best players of his club. His club may be league leaders but he hasn't yet won a spot in his team and hasn't scored any goal. He was pushed into the national team by current performance, it doesn't make sense that he was invited. Baffour Gyan 8th week: Entered in the 65 th minute but his team lost 2:1 to Amkaar 7th week: Didn't play 6th week: Didn't play 5th week: Entered in 36th minute but substituted in 86th minute as his team was hammered by 5:1 4th week: Entered in 46th minute 3rd week: didn't play 2nd week: Didn't play 1st week: Didn't play Injury has hampered Baffour Gyan's participation in the Russian League. The fact that he came on as a substitue 2 weeks ago proves that he is recovering. But the question is with this nagging injury and lack of playing time IS BAFFOUR GYAN READY TO PLAY THE AFRICAN WCQ???? Laryea Kingston He a regular for his side Krylya Sovetov. He has missed only one game and his side is sixth in the league rankings. Verdict: Approved for B.Stars call up