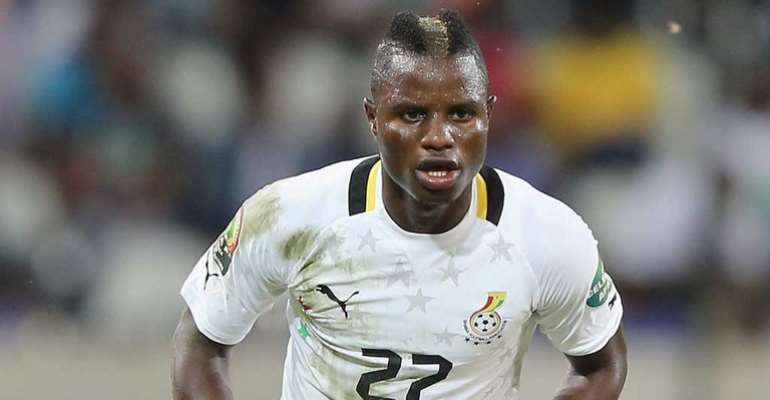 Ghana midfielder Mubarak Wakaso has rated Alfred Duncan and Andre Ayew as his best Ghanaian players in Europe in the season gone by.

Ayew, who joined West Ham from Welsh side Swansea City at the start of the English Premiership initially struggled with a career threatening injury but bounced back in style to finish the season with five goals to his credit.

Duncan on the other hand, was instrumental in Sassuolo's 12th placed finish by making 24 appearances in all competitions, which informed top European clubs to inquire about his services.

In an interview with Metro TV, Wakaso rated those two players as his best to emerge from Ghana in the just ended season in Europe.

'I will say Andre Ayew and Alfred Duncan, Ayew had an injury and so he did start the season too well."

'But he was able to recover and gradually he regained his form, and I was very impressed with Alfred Duncan as well."

'I watched him a couple of times for his team in Italy and he was very good, so I will say this two players were my best players."