Four lessons from the Africa Cup of Nations 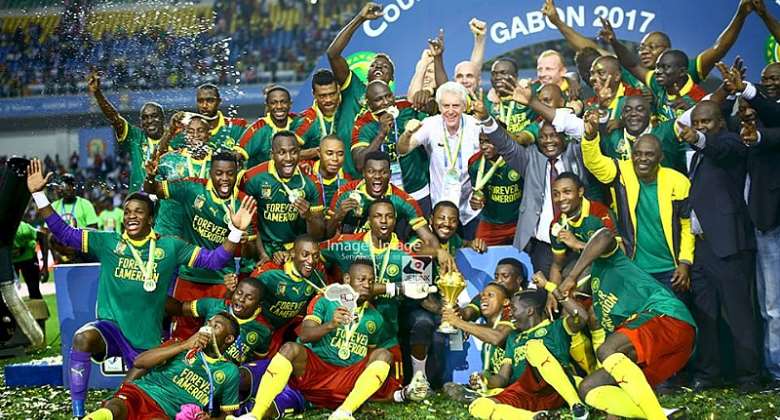 The 31st edition of the Africa Cup of Nations (AFCON) might have come and gone but the experiences will most definitely linger for a little while. Cameroon, against all odds, clinched the title at the expense of Egypt - the same team they lost to in the finals in 2008 - thanks to a 2-1 victory on Sunday.

It was a fairytale end to an absolute improbable tournament for the Indomitable Lions who were written off by many even before kicking a ball in Gabon. Cameroon's conquest is a prove that in the game of soccer, you 'never say never'.

Aside from this obvious lesson, what else did we learn from the just concluded AFCON? Here are four others.

1 - No more minnows in football
There was a time when one could flawlessly predict the outcome of soccer matches even before kick-off, but this isn't the case now especially when you consider the outcome of some games at the AFCON. Host, Gabon with Pierre-Emerick Aubameyang, previous winners, Cote d'Ivoire and star-studded Algeria all slipped against less-fancied sides and as a result failed to progress beyond the group phase. Instead, it was the likes of Cameroon, Egypt and DR Congo who were considered outsiders for the title that performed superbly.

2 - Best teams doesn't always win
Football could be cruel at times in a way that the finest sides don't always end up winning the title. Senegal, DR Congo, and Egypt were evidently the best teams from the group phase having garnered the most points. In fact, the trio impressed with their beautiful attacking style of play which caught the attention of many. However, it was a Cameroonian team that finished as runner-up in their group that eventually clinched the title. Senegal and Egypt were stopped by Hugo Broos' lads while the Leopards fell to Ghana in the last eight.

3 - Long way to go for homegrown coaches
The just concluded AFCON absolutely echoed the obvious - which is the appalling standard of coaching in Africa. Out of the 16 teams that made it to Gabon, only four stormed the Central African nation with an indigenous coach; they include Guinea-Bissau, Senegal, Zimbabwe and DR Congo. However, just two made it t the quarter-finals with none advancing beyond that phase. In over 60 years of the biennial showpiece, only 13 locals have led their nations to success - the most recent was Nigeria's Stephen Keshi in 2013. This is a rallying cry for the continent's coaches to wake up from their slumber.

4 - Never turn your back on your country
One shocking trend that surfaced prior to the commencement of the AFCON was that of top players turning their back on their nations. Cameroon was the most affected with as many as eight players pulling out from the competition. This left Broos with no option than to lay his trust on a young and inexperienced bunch who eventually got the job done.