Tragedy: Death on final day of the Ghana Premier League 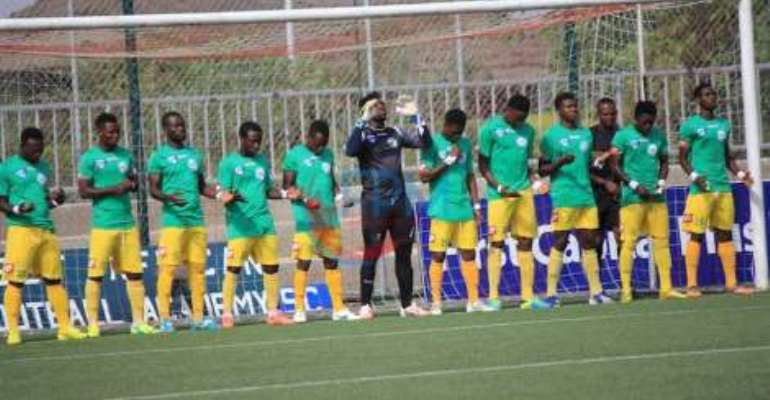 Reports emerging from Dormaa indicate that a popular fan of Aduana Stars died during the club's final Ghana Premier League fixture on Sunday.

The fan, reported to be a 'chief drummer' with one of the club's most vibrant Supporters' Groups, is said to have suddenly collapsed whilst in the process of drumming during the match against Inter Allies.

Eye-witness accounts claimed efforts to resuscitate the man, whose full name is not known yet, failed. Nicknamed "Otto", he is suspected to have died whilst being rushed to the hospital, although reports claim he was pronounced clinically dead shortly after arrival.

'He had been drumming during the game with others but fell on his side and was sprayed with water in a bid to wake up, but he failed, so they rushed him to the hospital where he died," an eye-witness at the Dormaa Agyemang Badu Park told footballghana.com.

The witness went on to provide some background to his condition: 'According to some of his colleagues, he is one of the fans who suffered severe beatings during the midweek game in Wa so he had been indoors throughout after the game, and they weren't even expecting him to be at the stadium as he had not fully recovered. They (his colleague fans) suspect his death had something to do with the assault in Wa."

Aduana Stars shared the spoils with Inter Allies in a one-all draw, consequently finishing the season in second place, three points behind champions Wa All Stars.