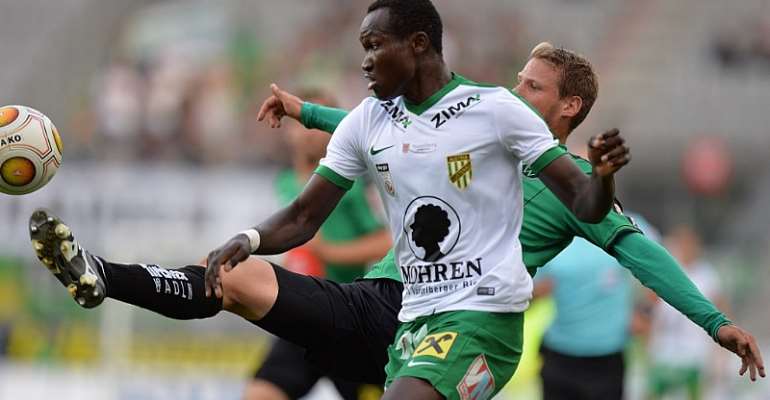 The former Red Bull Salzburg forward, 21, has now scored six league goals and two in the Austrian Cup to take his tally to 8 goals in all competitions.

Dwamena scored on Friday to contribute to his side's crusading form in the Liga 1 and continued with yet another impressive scoring form on Monday night, scoring in the 45th minute while Brazilian Bruno netted a hat-trick.

The enigmatic striker has now overtaken his Ghanaian compatriot Samuel Tetteh on the top-scorer chart as he leads him with by a goal.

Dwamena connected a pass from Christoph StÃ¼ckler to finish just in the nick of the half-time whistle.