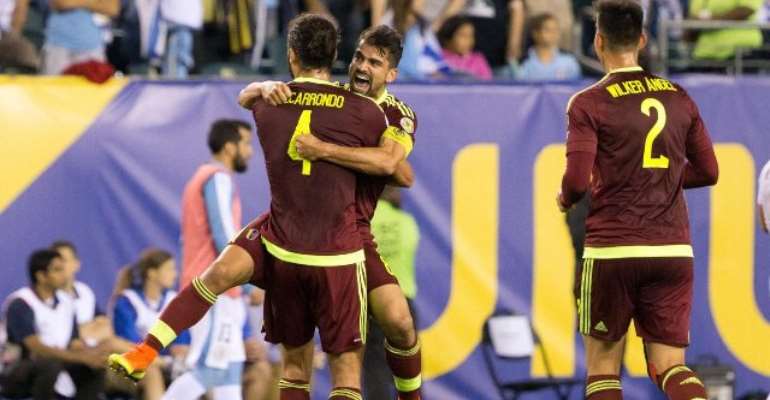 Venezuela pulled off the shock of the Copa America so far by stunning Uruguay 1-0 to reach the quarter-finals, while Mexico also advanced.

A goal by Salomon Rondon after 36 minutes in Philadelphia was enough to give Venezuela the points and eliminate the team that leads South American qualifying for the 2018 World Cup.

Midfielder Alejandro 'Lobo' Guerra lobbed Fernando Muslera from more than 30 metres and although the Uruguayan goalkeeper got a finger tip to the ball, it bounced off the bar and fell to Rondon who tapped it into the net.

"It was incredible what 'Lobo' did, the wit he had to hit it," Rondon said.

"Luckily I had time to get there and finish."

"I am surprised. The majority of my players did not have a good game," disappointed Uruguay coach Oscar Tabarez told local radio.

"The Uruguay that we are saw today are a long way from the Uruguay we saw play not that long ago." 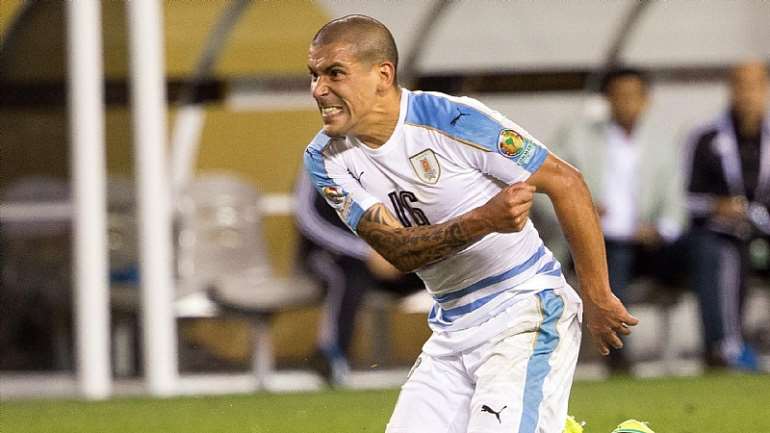 Venezuela and Mexico, who each have six points in Group C, will meet next week to decide who will win the group, while Jamaica were also eliminated with Uruguay, the most successful Copa America nation.

The Uruguayans, who won their 15th title in Argentina in 2011, pushed Venezuela back in the second half but lacked poise in front of goal and Muslera prevented them going further behind with a fine save from Adalberto Penaranda in the 68th minute.

Edinson Cavani came close to equalising in the dying moments but was wide with one chance and had another saved by Dani Hernandez.

There was to be no upset in the other match, however, with Mexico earning a 2-0 win over Jamaica - taking the lead after 17 minutes in Pasadena through Javier 'Chicharito' Hernandez.

The diminutive striker rose unmarked to pinpoint a glancing header into the bottom corner of the net after Jesus Corona had crossed from the left.

Both sides had chances in an open and exciting game but Jamaica were let down by their finishing, particularly from Clayton Donaldson, who missed four clear-cut chances.

At the other end, Jamaican keeper Andre Blake was in fine form and did well to keep the score down.

Mexico were the better side, however, and Oribe Peralta, who came on for Hernandez after 77 minutes, scored just three minutes later after a quick break. 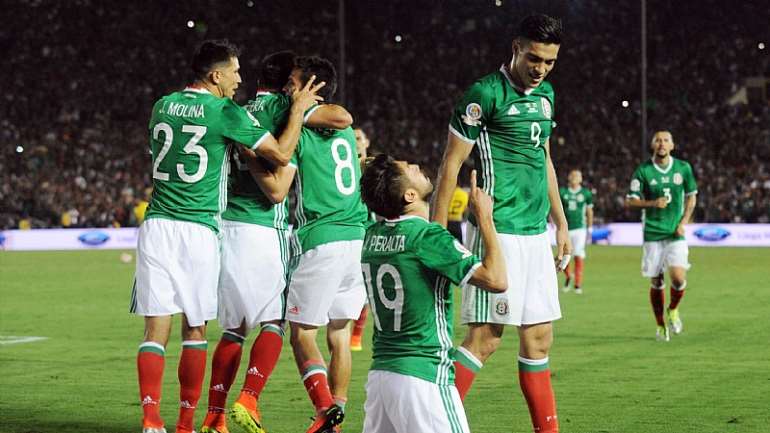 "We were convincing at all the right moments," goalkeeper Guillermo Ochoa told reporters after the game. "This team has personality and character."

"It's another step forward but we need to keep calm," he added. "Now we face Venezuela, which will be difficult. But we will work hard and prepare to keep moving forward."