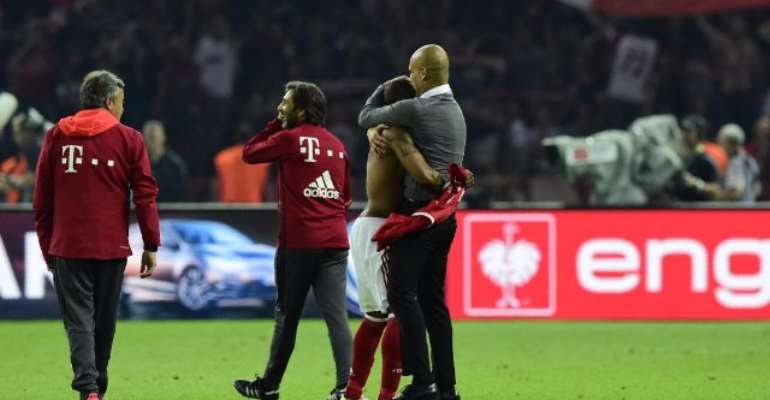 Pep Guardiola's last match in charge of Bayern Munich ended in glory as they clinched the domestic double courtesy of a penalty shoot-out success over Borussia Dortmund in the DFB-Pokal final.

Douglas Costa struck the winning kick as the Bavarian giants triumphed 4-3 on penalties after a goalless 120 minutes in Berlin.

Sven Bender and Sokratis Papastathopoulos both missed from the spot for Dortmund and while Bayern's Joshua Kimmich also saw his attempt saved, Die Schwarzgelben could not recover to stop themselves succumbing to yet another major final loss.

It was euphoric relief at the end of a night of frustration for Die Roten as they struggled to break down a stubborn Dortmund rearguard throughout a slow burning affair as Thomas Tuchel followed the tactical blueprint that saw Atletico Madrid shock Bayern in the Champions League.

Guardiola's men dominated the ball and had some half chances with Franck Ribery and Robert Lewandowksi going close, but it was Pierre-Emerick Aubameyang who had the best opportunity of normal time when he blew a glorious opening on the counter attack with just five minutes remaining.

Dortmund had seen captain Mats Hummels leave the pitch through injury and his hopes of lifting the trophy in his last act with the club prior to joining Bayern this summer, were still alive thanks to some magnificent defending from his teammates, until they endured shoot-out woe at the death. 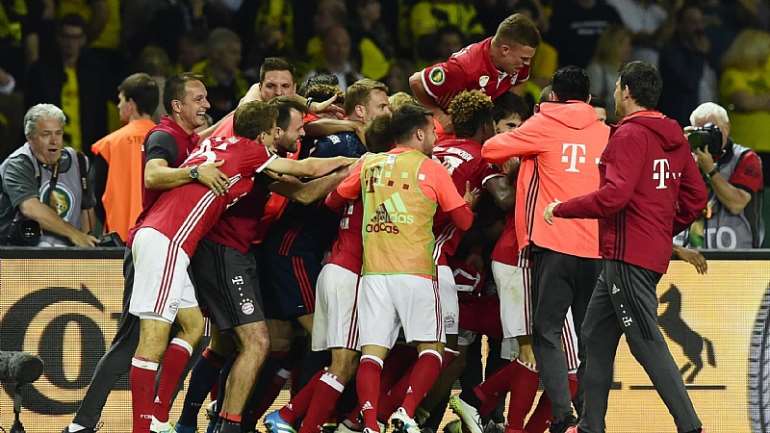 The victory means Guardiola signs off in triumph with a second double in three seasons and he can now look forward to a new adventure in arguably his biggest test in management so far at Manchester City.