By GNA profile by Veronica Commey 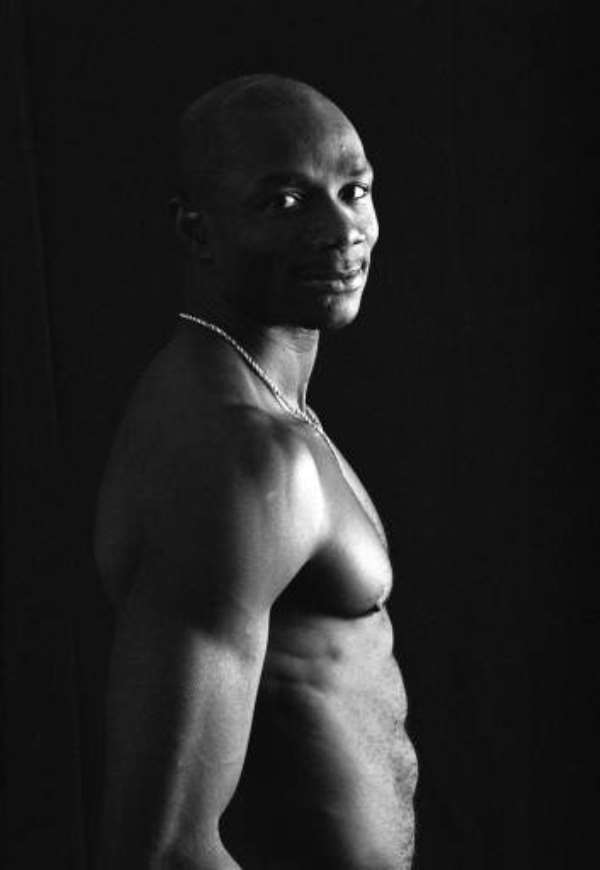 Accra, Dec 21, GNA - He is called the "World's most unlucky athlete" by the Western media and yet remains the fastest Ghanaian athlete today.

And yet twice as an Olympic finalist he pulled the muscle at the final berth of the Olympic Games where the cream of the world finest including the likes of the Maurice Green's, Shaun Crawford's and Kim Collins' had gathered to undo each other for the global best.

At a time Ghanaians had no reason to expect miracles in the Athens Olympic Games, in August, he raised the bar of excellence and remained the sole symbol of hope for the country but, alas, the Sydney calamity which denied him the opportunity to finish the race reared its' ugly head again.

Aziz Zakari who had excelled all year round with important victories and record times over Kim Collins, Justin Gatlin and Maurice Greens during the Olympic's build-up ended up weeping like a baby - a nightmare which he told GNA Sports has hunted him up till today.

The athlete might be looking ahead to better times to make amends and appease the expectant Ghanaians who fumed with anger and disappointment after failing to "live up to their expectation" on the trot, a situation he also reckons with.

"Ghanaians had every reason to be disappointed, but one thing for sure is that they couldn't have been disappointed than myself and that is how come I sincerely believe comments like, "I feigned an injury", is highly unacceptable. Why will I deliberately do things which I'm aware its' nightmare would not go away no matter how hard I fight it? he quizzed.

For the first time in months, Zakari opted to open up on his much talked about nightmare and explained, "I was piped for the finals and Shaun would share the same opinion any day. I simply couldn't believe how the unfortunate recurrence of the Sydney Games could catch up with me yet again".

Perhaps what dismayed him most was why he had to pull muscle in the Olympic Games and to his surprise in lane two as it happened in Sidney, four years ago.

Explaining the circumstances to the GNA Sports, Zakari said "I noticed that my right leg had gone lame as we got ready for the race but I vowed not to listen to my body. Then quickly my mind recast itself to the Sydney event, and my left leg quickly followed suit but I was still bent on finishing the race because I had promised Alhaji Rashid Bawa, the Minister of State before the competition".

The soft spoken athlete who has been looking for the opportunity to voice his sentiments told the GNA Sports, that he would have preferred to come last among the eight finalists than to have left the track mid-way as he did on both occasions.

"I was appalled with some comments I believed to have come from some sections of the media to create the impression that I feigned an injury."

"The so called 'know-it all' people talk exactly about the things they don't have the slightest idea on. Who in his right sense would travel that far only to disappoint his fans, sponsors, himself and his country that he claims to love most." Zakari fumed.

"I simply find it amazing that other people who had invested nothing in me just like my own countrymen appreciate my efforts whiles all I get here is discontentment, it hurts and its totally unfair." He said.

Zakari believes his love for Ghana supercedes all other things, since he received several offers from other countries to change his nationality, which he declined, a situation which would have made him more comfortable.

According to the Zakari, he had on many occasions rejected these mouth-watering offers and wondered why he could put up any funny behaviour on the international level to disappoint Ghanaians and his admirers.

"Those who also created the impression that I might have being frightened about the presence of Gatlin, Shaun and others must perhaps do some re-thinking."

"Why would I be afraid of the very people I have often competed with and even edged them out all year? Who knew Gatlin or Shaun could win before the final event? None of them could even tell that because we all knew it could be anybody's night when we were getting ready at the dressing room".

On whether the issue could lead to him changing his nationality some day, Zakari answered in the negative saying, "not even the family pressures I had initially could change my mind and not now." He however had a word of caution to sports administrators in the country, which he voiced in very strong words.

"If you don't want us, just tell us and stop pretending to be doing your best for the sport when indeed you are doing nothing for the athletes to expect those miracles during events."

"None of them are aware of how we manage to survive but when we have to compete for the country, expectations are raised, thank God ADIDAS has kept faith in me for all these years by sponsoring me, irrespective of how I fared."

Zakari called on the sports administrators to be completely responsible if they want the very best from Ghanaian athletes. His opinion on long camping and training is no different from the connoisseurs of the sport and in plain language he says "it's a shame to stay together as a team for only a week whilst the Nigerian contingent camped in Jamaica for over three months. In the end, the Nigerian relay team taught us that it was not enough to think we could simply win without much cohesion, investment and practice. After all what happened to the American relay team led by Marion Jones herself, must teach us useful lessons".

On the future, Ghana's current finest would not be allowed to be dragged into suggestions but insists many of the authorities have seen it all before and are only reneging on their responsibilities.

"I do not know if I can make it to the next Olympics but if I don't, it would be another person and hence the need to focus on the sport, build potentials, nurture and support the athletes for the future.

I would definitely love to make amends some day, but only the future would determine my capabilities" was all the 28-year old Zakari said about his plans for the future.