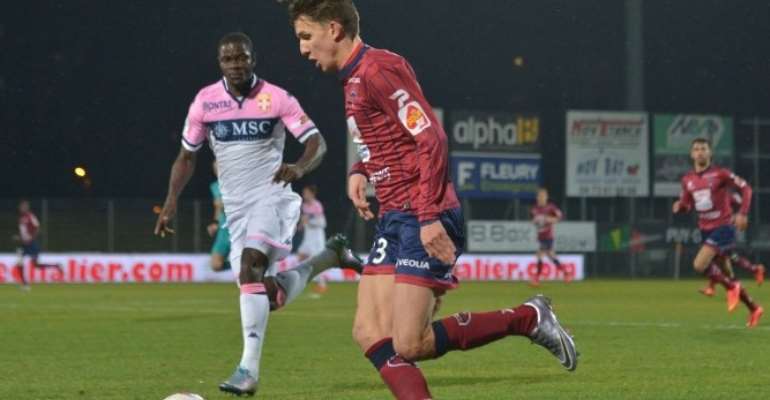 Black Stars defender Jonathan Mensah was a subject of a purely tactical decision after just 17 minutes when his Evian Thonon Gaillard side suffered a 4-1 battering at the hands of Clermont Foot in the French second-tier on Friday.

The 25-year-old central defender's abysmal performance on the night forced Evian's Bosnian manager Safet Susic to take off the defender as early as the 17th minute.

Before his replacement Mensah had been booked in the 14th minute and contributed to two goals for Clermont in the 8th and 11th minutes as they consigned the visitors to a heavy loss.

An Evian fan stormed Twitter to expressed his dissatisfaction with the performance of the Ghana international.

By the way..Jonathan Mensah was playing in front of me yesterday.Absolutely and complete abysymal performance from him really!