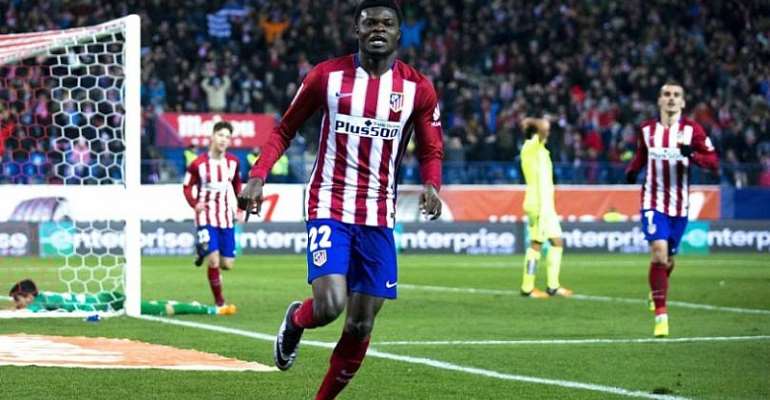 Thomas Partey is eager for Atletico Madrid to keep up their fight for success on all fronts when they take on Rayo Vallecano in Wednesday's Copa del Rey last-16 first leg.

The 22-year-old struck the only goal of the game as Diego Simeone's side beat bottom-club Levante to move top of La Liga on Saturday.

With Atleti now ahead of champions Barcelona - though having played a game more - and through to the Champions League knockout rounds, tentative talk of a treble tilt has begun to surface among supporters in the Spanish capital.

But Thomas is keen no to look too far ahead and is determined to put sole focus on securing a first-leg advantage against their city rivals.

"We're just thinking about the next game against Rayo in the Copa del Rey. That's the most important thing for the team," he told Atletico's official website.

"We have to fight to get the team as far as possible in every competition we play."

We’re passing a law to nib LGBTQI+ activities in the bud — B...
27 minutes ago