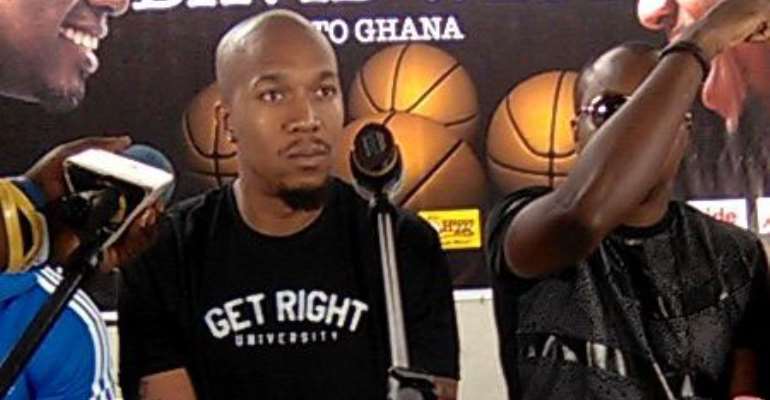 Top American NBA star David West has stated in plain language that the key to success in basketball is developing a strong mentality.

The star, who arrived in the country last Monday night, said at a press conference yesterday that being dedicated, disciplined and believing in oneself during the formative years, guarantees success in the sport.

And using himself as an example, he revealed that he never doubted his abilities and that he made conscious efforts regarding his eating habits.

He described his visit to Ghana as a dream come true, having identified himself as an indigene of this part of the world despite his American lineage.

He said, 'If you want to succeed as a basketball player, you have to be mentally independent, focused, disciplined and you should be dedicated to the sport on a daily basis.

'You should also have a strong mental will growing up. The game has connected me to most parts of the world and people, I want to be participatory, hence the clinic here in Ghana.

'This visit certainly is the beginning of great things to happen to the sport. Eating right can make you develop well physically, that was what I did, and I believe Ghana can produce anything the world can produce,' he added.

From the Adidas House in Roman Ridge, he and his entourage moved to the Aviation Social Centre, where he met a large group of basketball players for an intensive clinic.

Today, he will be part of the Ghana's Fastest Human team at a press conference in Kumasi to roll out plans for this year's final.