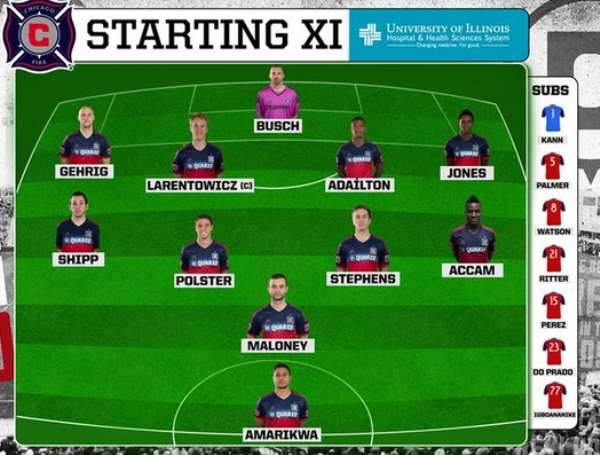 Ghana forward David Accam is set to make his full MLS debut for Chicago Fire against Toronto FC on Saturday.

The 24-year-old has been named in Fire's starting line up in the game to be played at the Toyota Park.

Accam has only been limited to one substitute appearance since joining Fire at the start of the season.

The former Helsingborg missed a chance to make his first start in last weekend's 1-0 win over Philadelphia Union due to his involvement with the Black Stars.

Accam joined Chicago Fire in the off-season as a free agent.