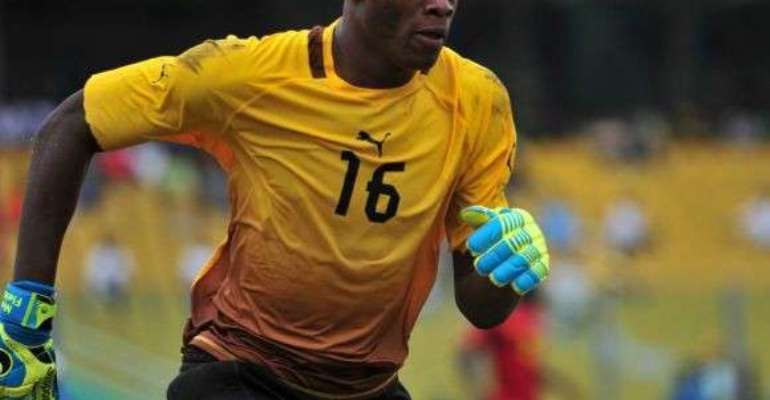 Error prone Hearts of Oak and Black Satellites goalkeeper, Seidu Mutawakilu has stated that he is not perturbed by negative comments about him. According to him his main aim is to improve on his performance.

' My performance in the competition over all was not bad at all; because I qualified the team to the World Cup,' Mutawakilu told Citi Sports.

'Yes I made mistakes but it's part of the game and we learn every day to make things better.

'There are a lot of comments but as for me I am not affected by them the only thing I know how to do is goalkeeping and so it's my aim to continue developing all the time,' he said.

The Hearts of Oak shot stopper was heavily criticized at the just ended African Youth Championship (AYC) tournament in Senegal especially in Ghana's Group matches against Zambia and Mali where he committed petty errors that could be avoided.