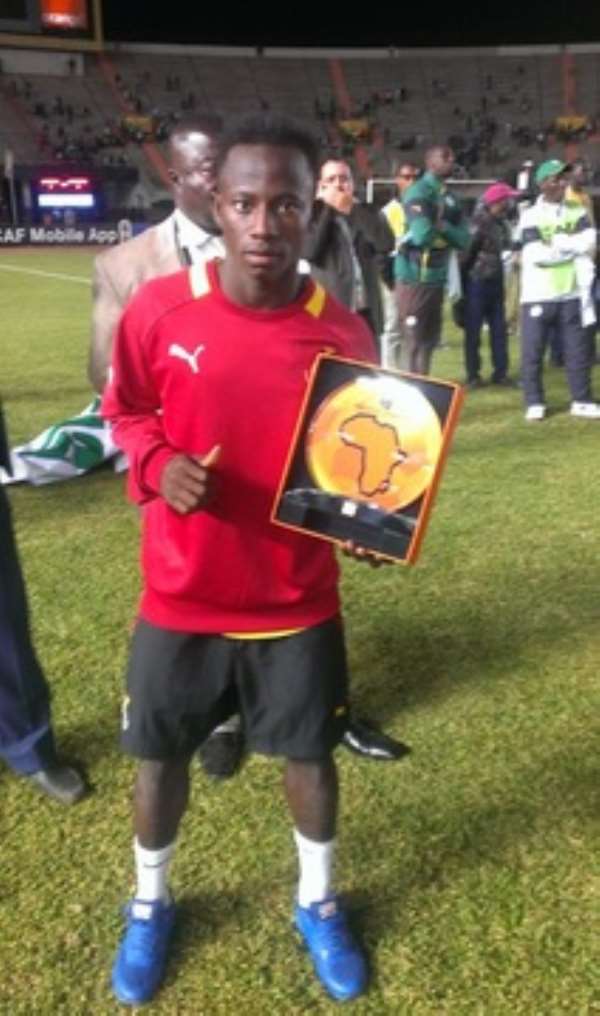 Manchester City youngster Yaw Yeboah is looking ahead to excelling once more again for the Ghana U20 team at the World Cup.

The 17-year-old was voted the Most Valuable Player at the just ended African Youth Championships staged in Senegal.

Yeboah was one of the major positives drawn from the Black Satellites' disappointing campaign which ended in a bronze medal feat.

The Manchester City youngster is expecting an improved form with better conditions at the World Cup later this year in New Zealand.

“Physically it won't be too fierce and I think the weather is going to be great for good football.”

Ghana is drawn in a tough group at the World Cup where they will face Argentina, Panama and Austria.