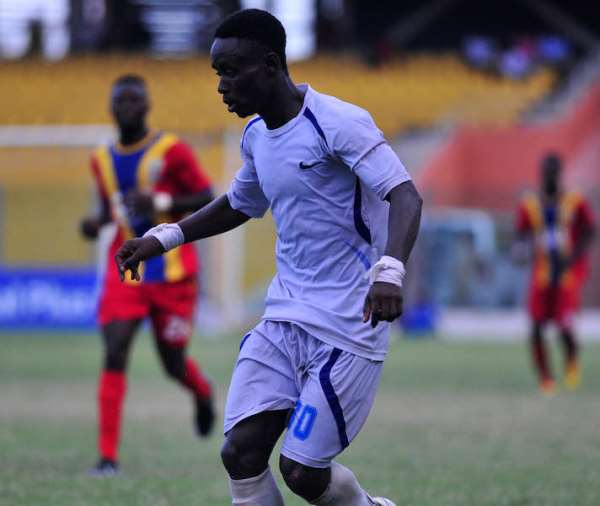 The GFA Disciplinary Committee has fined Bechem United an amount of GHc2,000 in the matter of using unauthorized gate fees when they hosted Asante Kotoko in a First Capital Plus Premier League match on 22nd March, 2015.

Bechem United was invited to the Disciplinary Committee to account for the reasons why they charged a gate fee which was unapproved by the Ghana Football Association in their First Capital Plus Premier League match against Asante Kotoko on Sunday, March 22, 2015 and to justify why it should not be sanctioned for the club's usurpation of the Premier League Board and the Ghana Football Association control over ticketing in premier league matches contrary to 68(4)(2) of the GFA Statutes.

DEFENCE
Bechem United in its oral evidence pleaded guilty to the misconduct and pleaded for leniency. Bechem United explained that in order to control the number of person's admitted to the VIP, they planned to charge Twenty Ghana Cedis (GHc20) as the fees for the VIP stand to which they sent verbal communication to the GFA indicating that the club is sending the request for price changes letter to the GFA in due course.

Bechem United stated further that due to the pressures of work during the week of the big match the Club's Administrative Assistant forgot to send the letter to the GFA. The CEO stated that the clubs inaction was without malice towards the GFA.

Bechem United stated that it was opened about the fees as it stated in the pre-match Technical Meeting and also accounted for all the tickets in the function Statement against Asante Kotoko.

Mr. Kingsley Osei Bonsu, mentioned further that the club was very responsible as it had done everything right apart from sending the request letter to the GFA and assured the Committee that the incident will never happen again.

REASONS FOR DECISION
Article 68(4)(2) of the GFA Statute provides as part of the duties of the PLB as follows:

68(4)(2) “To prepare fixtures, and print tickets for Premier League matches for approval of the Executive Committee”.

The Committee held the view that Bechem United has violated the provisions of Article 68(4)(2) of the GFA Statutes even though the club had stated the circumstances under which it failed to sought the approval of the GFA before issuing its own Twenty Ghana Cedis tickets at the VIP stand in respect of this match. The Committee notes that the unapproved Twenty Ghana Cedis was captured on the Function Statement and the correct taxation paid on it.

The Committee however, takes a very serious view of this ticketing lapse by Bechem United as this could have resulted in serious ramifications for the GFA. The Committee was also alarmed that some clubs fails to return unsold tickets together with the function Statement to the GFA. The Committee is clearly worried that Bechem United had unsold tickets of a previous match to which the club changed the price to Twenty Ghana Cedis and issued it for the match against Kumasi Asante Kotoko.

The Committee wishes to warn all clubs that the days of the convention of keeping unsold tickets are over and as such any club which violates the processes and regulation on ticketing shall be severely sanction. It is worthy to note that these are regulations made by the clubs themselves to govern football and this Committee will not shy away from the enforcement of the GFA Regulations.

It must be emphasized that it is not enough to write to the GFA but to send the request in good time in order for the GFA to approve the request and cause the printing of the requested ticket in the correct denomination for the use on match days.

DECISION
The Committee having considered the plea for leniency hereby makes the following decisions:

1. That Bechem United is hereby fined an amount of Two Thousand Ghana Cedis (GHc2,000) to be paid to the Ghana Football Association within fourteen (14) days from the date of receipt of this Decision failing which the club shall automatically forfeit all subsequent matches after the said deadline in accordance with Article 39(8)(b) of the First Amendment to the GFA General Regulations.

2. That should Bechem United be dissatisfied with this Decision, the club has within three (3) days of being notified of this Decision to appeal to the Appeals Committee (See Article 37(11) of the General Regulations of the GFA).