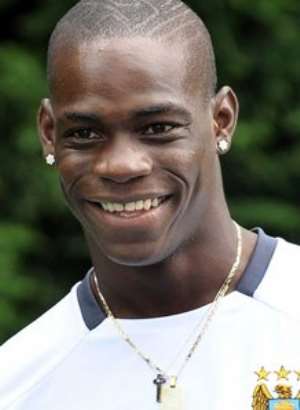 The Black Stars 2015 AFCON run and eventual heartbreaking loss in the final attracted a lot of sympathizers and admirers, including Italian striker Mario Balotelli.

The Liverpool striker, who was born to Ghanaian parents but chose to represent the Azzurri instead, took to Twitter and Instagram to congratulate the Black Stars for reaching the final but expressed his disappointment that his 'original country' was unable to emerge victorious.

'Proud of my original country… Unlucky but you guys gave everything and deserve a win. But football…' he tweeted.

His comments provoked mixed responses from fans; with one suggesting that the striker 's goal-scoring prowess might be needed in the Stars line-up while another thought the player's words were not appropriate.

The Black Stars were denied a fifth AFCON triumph on Sunday by the Ivory Coast, losing 9-8 on penalties after the game ended goalless. Ivorian Keeper Boubacar Barry scored the winning kick following his save from Ghana's Razak Brimah.

The win was the Ivorians' second at the tournament and consigned the Black Stars to a fifth AFCON final loss in nine attempts.