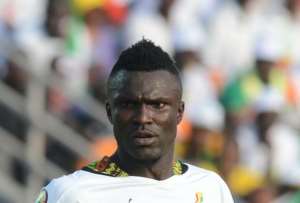 Maritzburg United have announced the sale of Ghana defender Mohammed Awal to Saudi Arabian side Al-Shabab FC – ending talk he was destined for Orlando Pirates.

Awal, who joined the Team of Choice in 2012, will link up with his new employers after the ongoing Africa Cup of Nations in Equatorial Guinea.

Reports from Ghana previously suggested Awal was heading to Pirates.

“We would like to thank the player for his outstanding contribution at Maritzburg United and wish him all the best for his future,” United team manager Quintin Jettoo told the club's official website.

“We signed Mohammed as a relatively unknown player and we are proud to have been able to help in his development as he went on to become a regular in the Ghana national team, which naturally has brought a lot of interest in him.

“We will certainly miss Mohammed in the team, but we are fortunate to have a fair amount of depth in the centre-back position and we are confident that the players we have will use the opportunity to step up and stake a regular place in the starting eleven.”