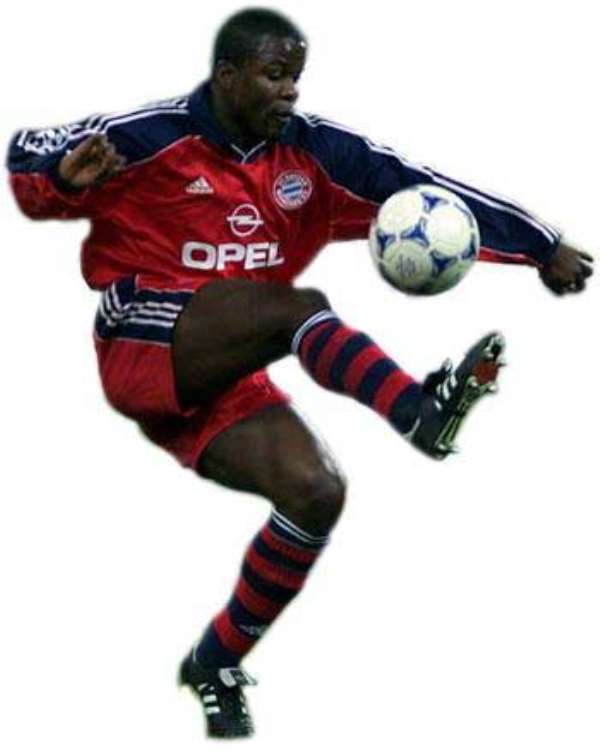 Black Stars and Bayern Munich defender Samuel Osei Kuffour has been cleared by a FIFA doping test result conducted on July 3 after Ghana's World Cup and African Nations Cup qualifier against the Cranes of Uganda in Kampala.

Also cleared by the test result is Hearts of Oak's Dan Coleman.

Samuel Osei Kuffour and Dan Coleman both tested negative to a performance enhancing drug test after being picked up for a random drugs test after the Black Stars' against the Cranes of Uganda in the World Cup and African Nations Cup qualifier.

Reports by the state owned Ugandan daily, New Vision stated that the Ghanaian defender Samuel Osei Kuffour was involved in a dope test controversy with an official after the game.

The FIFA doping control official was reported to have struggled to test Sammy Kuffour at Namboole on Saturday (July 3) according to reports by New Vision.

The FIFA official, Dr. James Ssekajugo is reported to have had it tough before finally getting at Kuffour in the middle of the pitch to go for the mandatory doping test.

Kuffour, who according to the Ugandan daily, New Vision was shocked over the decision to pick him for the dope test though he finally did the medical test conducted by FIFA to check the use of banned drugs by footballers.

The Cranes of Uganda also had two of their players, Tonny Ojara and Johnson Bagoole tested by the FIFA medical team.

Open your fenced homes for Census officials to count you — C...
48 minutes ago