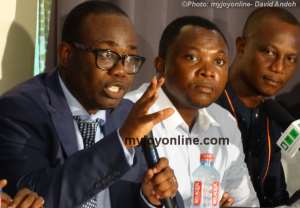 Ghana Football Association president Kwesi Nyantakyi has exclusively revealed to Joy fm that they have reached an agreement with coach Avram Grant to take over the Black Stars.

The GFA held positive talks with the Israeli trainer on Thursday in Accra over his remuneration.

“To a very large extent we have reached an agreement with him on all the issues because we had to discuss the details of the contract,” said Ghana FA president Kwasi Nyantakyi

“Issues that we would like to see in the contract and this include but not limited to benchmarking, remuneration, benefits due him in terms of leave and budget that will be made available for him to do his work and what we want to see of him.

we talked about benchmarks such as the Africa cup of Nations and ensuring that we develop a team for the present and the future, how to scout and monitor new players, he seems to have a good database on Ghanaian players, he appears to be a good motivational personality, he is more of a motivator and somebody who can manage the egos and the expectation of our players.” Story by Ghana/Joy Sports/Benedict Owusu