The league clubs must be blamed for the league delay: GFA Executive 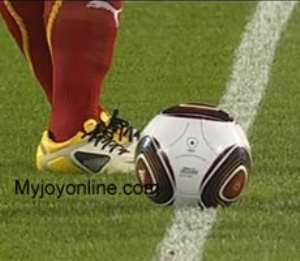 A member of the Ghana Football Association executive committee George Afriyie has taken a swipe at the Premier league clubs, blaming them for the delay in the start of this season's Ghana Premier league.

Owner of Kumasi-based King Faisal Babes, Alhaji Karim Grunsah has taken the Ghana Football Association to court over the decision by the Disciplinary and the Appeals committee of the GFA to dismiss a protest to have points deducted from Aduana Stars, who flouted a regulation to pay a fine within a time frame last season.

This development has prevented the Football Association from conducting its annual congress, hence the delay in commencing the 2014/2015 First Capital Plus premier league.

George Afriyie, who is also a management member of premier league side Liberty Professionals says, the clubs have brought this burden upon themselves.

“We need to understand that this is not the first time; we have been in his position before. Now I have said...the situation the clubs find themselves, we are to be blamed, we the clubs and not the executive committee of the GFA but the clubs,” he told Joy Sports.

“The one who took the case to court is a club man and when I see people talking about, it is not you the journalist who is the source of the problem, no but the source of all our problems comes from the clubs.

“Until we begin to understand that we need to play football on the field and stop litigation in whatever forms I believe as FA, we need to do reforms that will curtail some of these protests.”

Give Me Chance To Correct My Errors — Disqualified Kofi Kora...
47 minutes ago