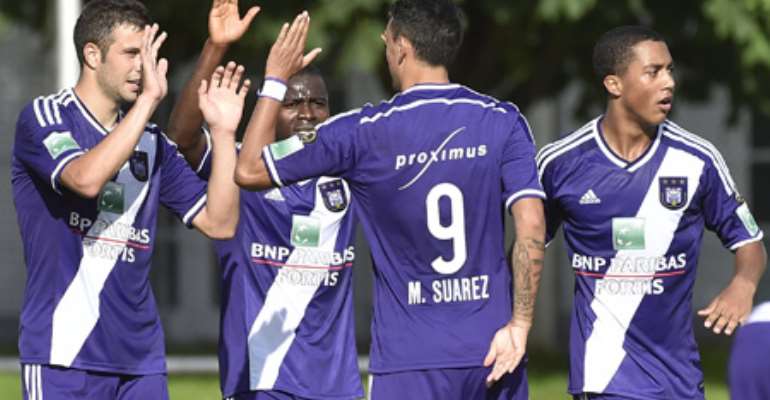 The 2013 Ghana U20 winger hit the opener for the Royal Blues in the 22nd minute before lead the advantage for his side ten minutes to the end of the second half.

After Kiev missed a barrage of chances to take the lead in the game, Acheampong put Anderlecht ahead with a brilliant strike after producing a menacing run through the host defence to beat two markers before placing the ball to beat the keeper.

Frank Acheampong scored a double for Anderlecht
The former King Faisal man was put one-on-one with Kiev keeper Matias Suarez and he beat him with a neat body swerve before slotting into the empty net for his second on the evening.

Kalytvyncev halved the deficit for Kiev.