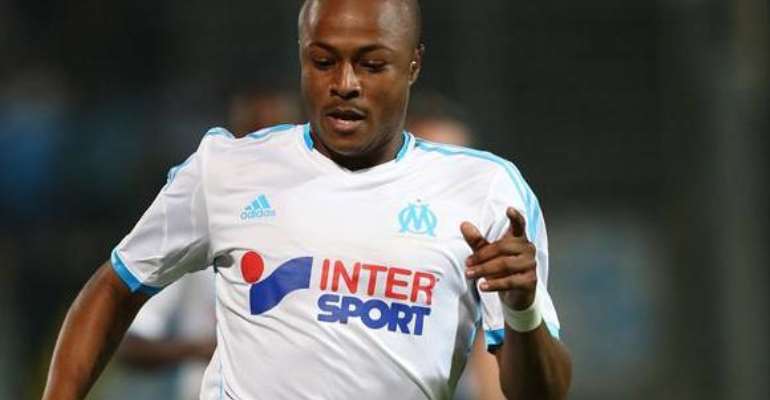 Ghana World Cup star Andre Ayew has alerted Bundesliga clubs after revealing that he would be delighted to play in the German top-flight.

The German publication Sport Bild has reported that Schalke and Borussia M'gladbach have showed interest in him.

Ayew is set to leave French giants Olympique Marseille this summer as the club plan to cash in on several senior players and has been linked with English Premier League giants Manchester United and Liverpool.

The 24-year-old has suggested that playing in the Bundesliga can help boost his career.

“Bundesliga is one of the strongest leagues in the world. I can certainly imagine playing there to hone my skills,” the Ghana international told Sport Bild.

“It would also be a lot of fun to play in the same league where my friend Prince (Boateng) operates, that would make everything a lot more interesting.”

Ayew scored two goals in three matches for the Black Stars at the 2014 FIFA World Cup as they exited the tournament at the Group stage.

Last season, he made 25 appearances and scored six goals in a difficult campaign for Marseille.