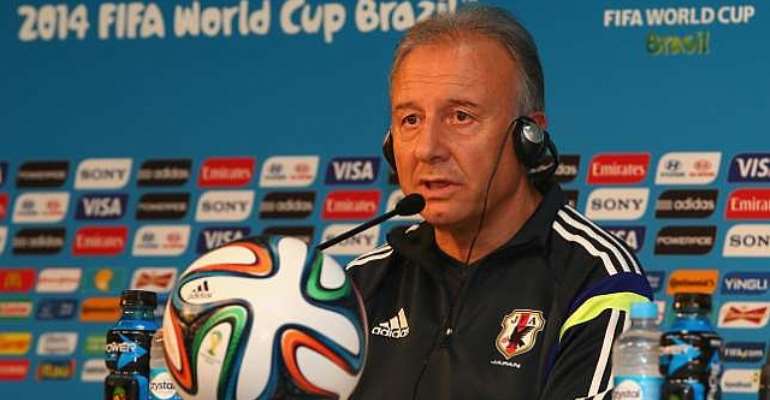 Despite collecting just one point in two Group C matches, Japan are still a chance to progress to the last 16.

Ivory Coast (three points, even goal difference), sit second ahead of their clash against Greece (one, -3), while Japan (one, -1) can also progress with Colombia.

Zaccheroni's team have been criticised for their ineffectiveness in the attacking third, but the Italian urged his side to put their opening two games behind them.

"Tomorrow we will face Colombia. As a result, this becomes for us a crucial game," he told reporters.

"We only have chances if we win this match and therefore we are completely focused on this match, we channel on this challenge all our strengths and energies.

"The previous two games are gone."
Manchester United midfielder Shinji Kagawa started on the bench in Japan's 0-0 draw against Greece.

Whether he returns to the starting line-up remains to be seen, with Zaccheroni talking up the importance of 'balance' in his team.

''In the squad there can be good individuals, however, the team is very important," he said.

"If the team do not have the right balance also individual players may struggle."

Japan captain Makoto Hasebe said his team had been unhappy with their performances so far.

"For two games so far, we didn't play well, we are not satisfied with ourselves," he said.

"Playing in the style of ourselves is the best way to get the win.