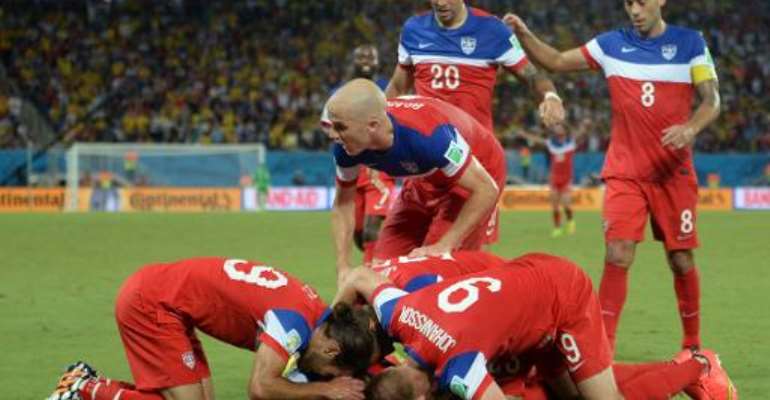 US defender John Brooks (C) celebrates with teammates after scoring during a Group G football match between Ghana and US at the Dunas Arena in Natal during the 2014 FIFA World Cup on June 16, 2014. By Emmanuel Dunand (AFP)

Andre Ayew equalised for Ghana eight minutes before the end. But Brooks' first goal for his adopted country made Jurgen Klinsmann's 50th match in charge of the United States a memorable one.

Victory for the Americans avenged defeats to the same opposition in the past two World Cups, the latter when Ghana went on to the quarter-finals.