Richard Kingson sent off in Doxa league draw in Cyprus 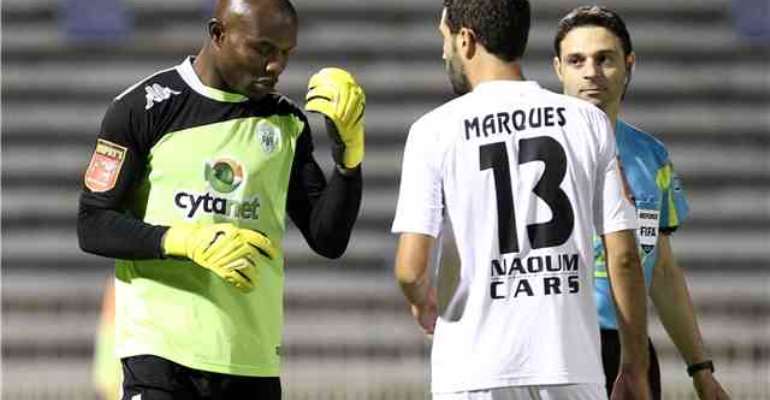 Richard Kingson got sent off in Doxa draw in Cyprus

Ghana goalkeeper Richard Kingson got marched off in Doxa Katokopia's 1-1 draw with APOEL in the Cypriot top-flight league on Saturday.

The 35-year-old received a straight red-card in second-half stoppage-time at the Makareio Stadio in Nicosia.

Kingson's Doxa had gone 1-0 up late in the first-half through Ricardo Fernandes but the visitors equalised in the second half.

Doxa were unable to take the lead and Kingson's 94th minute sending off complicated matters as they split the points at stake.