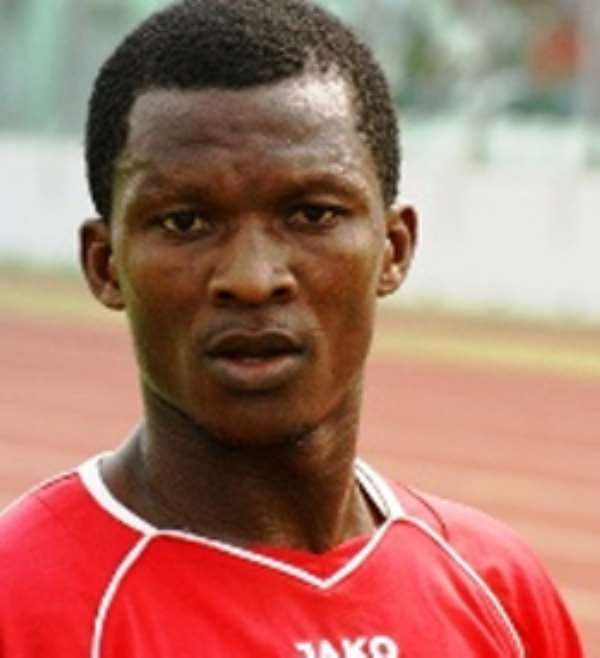 Asante Kotoko inched closer to their 22 nd league title with a 2-1 victory over Hearts of Oak to open a 12-point lead at the Baba Yara Stadium yesterday.

Unmarked striker Kofi Nti Boakye headed home a perfect corner to put Kotoko in front in the 37 th minute after the home side had probed in vain to go past goalkeeper Philemon Mac-Cathy.

Kotoko enjoyed the slender lead till the latter stages of the game when substitute Mahatma Otoo fired a thunderous free kick to cancel the lead on the stroke of full time.

He fired past the five-man human wall of Kotoko to hit the back of the net with goalkeeper Soulama Abdulai caught ball-watching.

The late equalizer took the better part of the visitors who appeared frenzied, and Kotoko's Michael 'Gadaafi' Akufo restored his side's lead with a long range strike in injury time.

Everything went against the Phobians, especially in the second half, playing  ten against eleven. Laryea Kinston exited three minutes after recess after a bad tackle on Kotoko's left back Baba Abdul Rahman.

He parried a Daniel Nii Adjei goal bound grounder for a corner kick, which resulted in the injury to his left finger.

Earlier, its utility player Uriah Asante who gave way due to poor health.

Coach C.K. Akunnor commended his players despite the loss saying, 'They did well especially in the second half where their fitness level was high. We lost because they were enjoying the equalizer.'

Kotoko's manager on the other hand said in plain words: 'The team has character, that made us prevail over Hearts.'