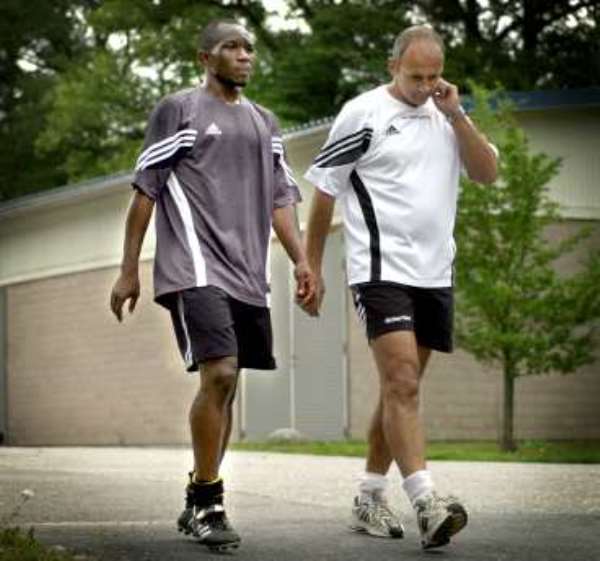 Kwame Quansah has passed his medical and signed a 1-year loan deal with the Swedish Club, AIK, Solna, Stockholm. He still has a valid contract with Ajax that expires in 2006. He is eligible to play in the local derby next week against Hammarby. See story in today's Aftonbladet PIC: Attached are pictures with Quansah in training and walking with AIK's English coach, Richard Money (used to be deputy at Coventry) Quansah loaned To Swedish Club 29 July 2003 -- Kwame Quansah of Ajax has been loaned out to AIK Solna, Stockholm, Sweden. He arrived yesterday and after medicals, is expected to sign today so he can be used in the UEFA competition. He is brought in as an acute replacement for AIK's injured Swedish international, Andreas Andersson, who is out for the rest of the season. Details of the loan deal will follow. To check AIK's official homepage with different language options see: http://www.aik.se/ Below are links to the story from Swedish net tabloids: Expressen Aftonbladet