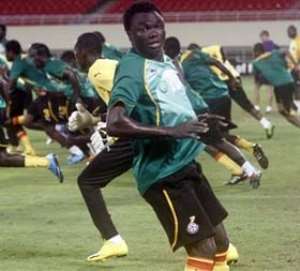 About 15 members of the Black Stars that played in the just-ended African Cup of Nations in Angola would make it to this year's World Cup in South Africa.

Fred Pappoe, Chairman of the Black Stars management committee, speaking on Joy FM's Sports Link programme on Saturday, said though the team would welcome the senior players who were injured prior to Africa's biggest competition last month, the core of the team that made Ghana proud by placing second in Angola, would make it to the Mundial to be hosted for the first time by Africa.

However, he said the choices rest in the hands of the coach Milovan Rajevac.

Players such as skipper Stephen Appiah of Bologna and his deputy John Mensah of Sunderland,  Laryea Kinsgton of Scottish side Hearts, John Paintsil of Fulham and Michael Essien, who were all injured during the three-week Nations Cup tournament, are expected to return from injury and augment the squad for the more difficult World Cup where experience would be required.

Others such as Portsmouth's Kevin Prince Boateng who is awaiting clearance from FIFA to wear the jersey of the Black Stars, Inter Milan's Mario Barwuah Balotelli, if he chooses Ghana ahead of Italy, and Quincy Owusu Abeyie, would all be available for selection.

Already, Serbian coach of the team Milovan Rajevac had confirmed at a press conference last week that Sulley Muntari is part of his plans for the June World Cup.

Arsenal youngster, Emmanuel Frimpong is also hoping to play for Ghana after confirming that he sees his international future with the African side and not England. Despite stints with England at the Under-16 level, the 18-year-old midfielder admits his heart is with Ghana.

Now indications are that competition for places in the team would be keen, but players such as Hans Adu Sarpei who had a great comeback, goalkeeper Richard Kingson, Asamoah Gyan and Hoffenheim defender Isaac Vorsah would make the 23-man squad.