Hearts Coach Throws Out Adjah, Others 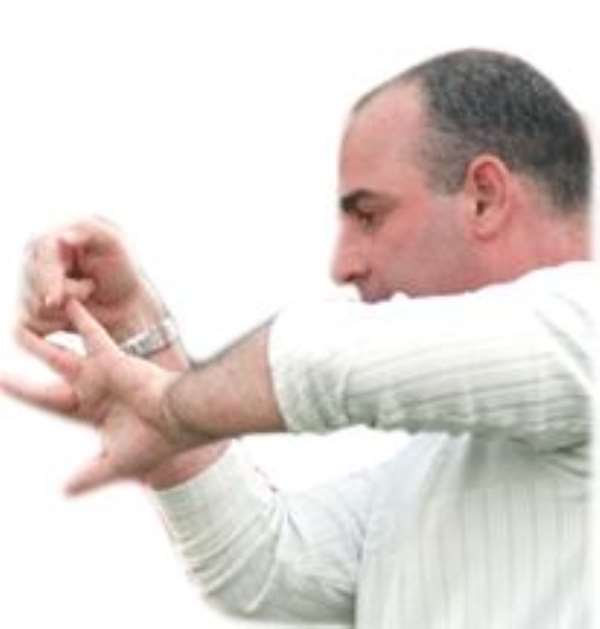 The excercise, which is to provide an effective team to salvage the club from the throes of relegation has thrown out 13 players who must look elsewhere to sustain their careers.


Adjah who returned from Qatar late last year, registered for the Phobians this season but has been unable to commit himself to a full time career with the Phobians and on many occassions has clashed with officials of the club.


Also left out of the coach's list is defender Dan Quaye who fell out with the Israeli in his early days as the technical head of Hearts.


The former international whose last appearance in a Hearts shirt was in the Onetouch premiership game against Zaytuna at the Ohene Djan Stadium has long been placed on the transfer list and is said to be in China.


According to Hearts sources, the coach's selection has drastically reduced the numerical strength of the team from 39 to 26, including the five recently signed on — Charles Taylor, Ishmael Addo, Kweku Essien, Gado Mohammed and Ebow Sam.


Other key players who have lost their place in the team are Moses Andoh a regular striker of the club for the past two seasons, Saliu Muntari, Reuben Senyo, Nana Egyir and Joe Louis


Meanwhile, defender Muntari who was granted a floating status has signed for Hasaacas, while Nana Egyir has also been released by Hearts to Hasaacas for half a season.


A spokesman for Hearts told the Graphic Sports that most of the players who were left out by the coach were signed at the beginning of the season but were found by the coach to lack the quality to play for the club.